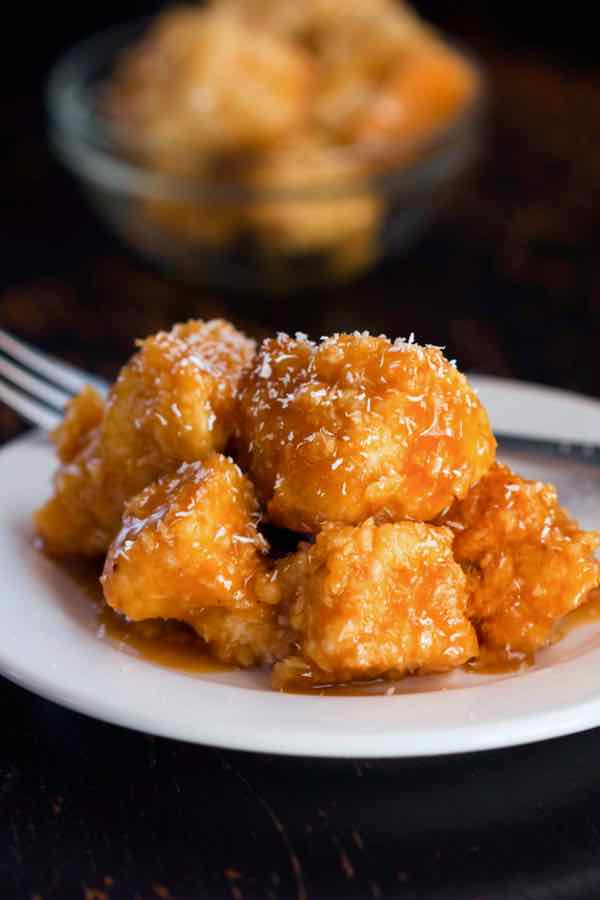 This Samoan fa’ausi is actually a combination of two recipes; fa’apapa – dense coconut bread – and a rich and sweet coconut caramel sauce.

Fa’apapa is most commonly made with copra (dried coconut flesh), or mashed pumpkin, banana, or taro – for this recipe however, we’re going to be using shredded coconut. Desiccated is absolutely fine too, as long as it’s the unsweetened variety.

You can make the coconut caramel sauce for the fa’ausi while the fa’apapa is baking, and by the time it’s cooked, the sauce will be done, and you can leave them both to cool at the same time. Once they’ve cooled off, simply cut the fa’apapa into cubes, and drench with the caramel sauce.

This is an incredibly simple snack to make; in fact, by far the hardest part is waiting an hour for the bread to soak up the sauce before you can tuck into it!

On the subject of Polynesian foods, and in particular, coconut caramel sauce, do check out Mike’s Tongan faikakai malimali recipe. Y’know, just in case you have room for more sweet snacks!

Want even more sweet Polynesian food? How about Vera’s green papaya and coconut jam from Tuvalu?

A Brief History of Samoa
Located roughly midway between New Zealand and Hawaii, Samoa is in the westernmost part of the Samoan Islands, and comprises the two main isles of Savai’i and Upolu, plus four smaller ones and eight islets.

Like its Polynesian neighbors in the South Pacific, the Samoan archipelago is volcanic, bordered by coral reefs, and largely covered with tropical rainforests. Some of the smaller Samoan islands are uninhabited by humans, and are designated wildlife sanctuaries.

Although the Lapita people have inhabited Polynesia for more than three millennia, the Samoan archipelago was unknown to Europeans until Jacob Roggeveen, an explorer from the Netherlands, ‘discovered’ them in 1722. Some 40 years later, due to the Samoans‘ excellent seafaring skills (let’s not forget that Polynesia extends 4,600 miles from New Zealand, all the way up to Hawaii!), the French explorer, Antoine de Bougainville, named it the Navigator Islands.

During the 18th century, European contact was scarce; however, from 1830 onward, visits from traders and missionaries increased, and eventually led to military conflicts over which country should have control over Samoa, its people, and its resources. Eventually, after 130 years of being ruled over by foreign nations, Samoa regained its independence in 1962. In 1997, it changed its name from Western Samoa (as distinct from the US territory of American Samoa to the southeast) to Samoa (formally, the Independent State of Samoa).

Prior to December 2011, despite its proximity to Australia and New Zealand – its largest trading partners – Samoa remained east of the International Date Line, thanks to still operating on California time, which had been in effect since 1892. Because Samoa was almost an entire day behind Sydney, it was decided therefore, to bring it in line with its Australian trading partners, and so on December 30th 2011, Samoa shifted to the west of the IDL, and is now three hours ahead.

Samoan Cuisine
Being an island nation, fish, shellfish, and seaweed are staples in Samoa. The equatorial climate ensures there’s an abundance of tropical fruits and vegetables: coconut, taro, yam, breadfruit, and banana are all staples too, with pineapple, papaya, rice, mango, pumpkin, and cocoa – introduced by successive settlers – also figuring prominently in Samoan cuisine.

Traditionally, Samoan food is not spicy – instead it relies on the richness of coconut (flesh and cream) to impart flavor and moistness.

Along with the national drink of koko (cocoa), the Samoans also drink ‘ava, which is made from the roots of the kava plant – a type of pepper, which has sedative and anaesthetic properties, as well as being a psychotropic. The traditional ‘Ava Ceremony is still a big part of Samoan life, particularly at official events and important occasions.

Food plays a big part in Samoan culture. With traditional Sunday get-togethers with the neighbors, practically every event, ceremony, or festival involves a feast. Sounds like my kind of culture!

If there’s one dish that’s considered the epitome of Samoan cuisine, it’s lu’au – aka palusami. Customarily made by the men of each household, coconut cream is wrapped in a cone of young taro leaves, which is then in turn, wrapped in breadfruit leaves, and steamed in the umu for a couple of hours, resulting in yummy, creamy, coconutty taro leaves.

In the Samoan diaspora, when taro leaves aren’t available, spinach is used instead, as the taste is apparently very similar. 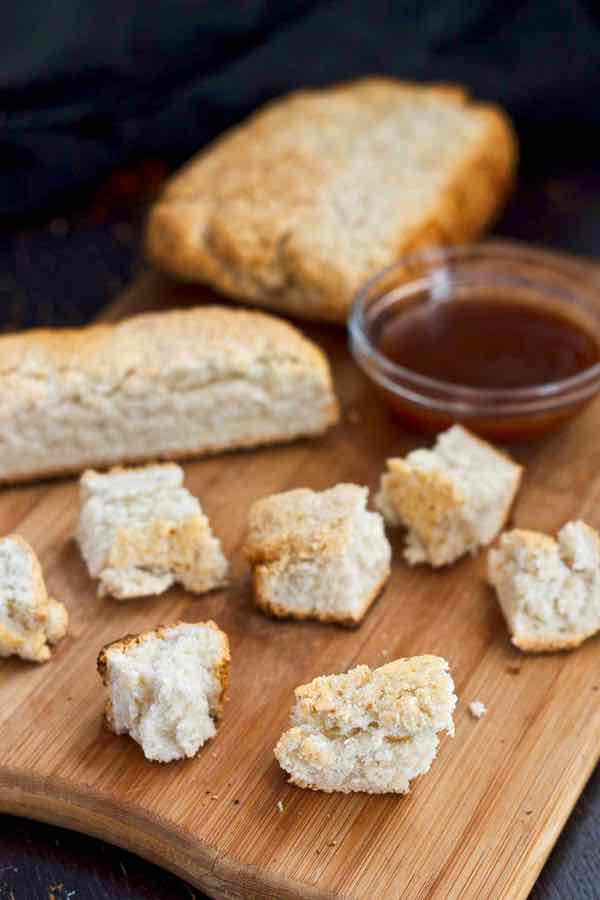 Fa’apapa
Fa’apapa is a stiff dough, made with coconut milk, dried coconut flesh (copra), and sugar, which is then wrapped in leaves, and steamed in an umu. This results in a semi-sweet, dense loaf; however, these days, it seems that the modern Samoan prefers a slightly lighter bread, so baking soda is added.

Instead of taro or banana leaves (because really whose supermarket actually stocks those?), tin foil or baking parchment is used to wrap the dough, which is then baked in a modern oven.

What does Fa’apapa mean? Fa’apapa seems to loosely mean “to make flat like a…”, and appears to have, over the years, come to be the name for this kind of bread.

What is an umu?
An umu is the traditional Samoan oven, used by several families when they get together for a Sunday meal or celebration.

And guess what? Much like Western barbecues, making the umu and doing the cooking is traditionally a male job. Nice!

How do you make an umu?
First, make a big fire with a load of wood and coconut shells. Then pile on a lot of rocks, and let them get good and hot. When the rocks are ready, you can add the food; the bottom layer has the food which is going to take the longest to cook (e.g. taro), along with fragrant herbs. Cover the food with more hot rocks, and place some banana leaves on top. Then the food that’s been wrapped in leaves, and which takes less time to cook goes on (e.g. lu’au, fa’apapa, fish). Finally, the whole thing is covered with banana leaves for insulation, and the food is left to cook for a couple of hours by itself.

How do you know when the food is done? Simple, you and your buddies sit and weave several baskets from palm fronds, with which to serve the food. Once your baskets are ready, the food is too!

Has all this got you in the mood for Samoan food? If you’re anything like me, your mouth is already watering, and your tummy’s rumbling. So, let’s make this fa’ausi! 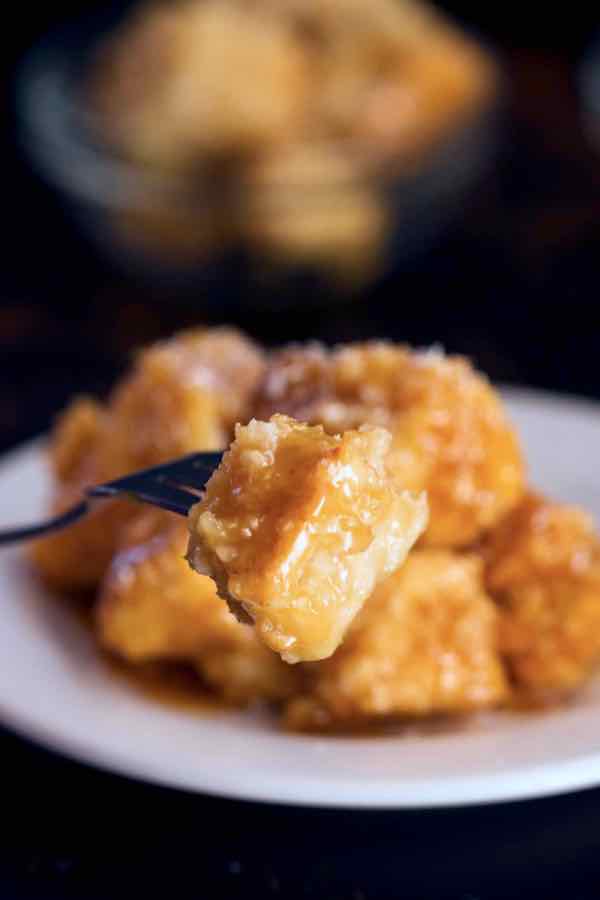 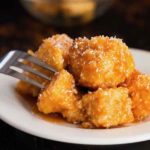 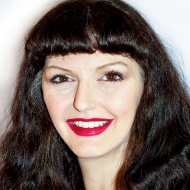