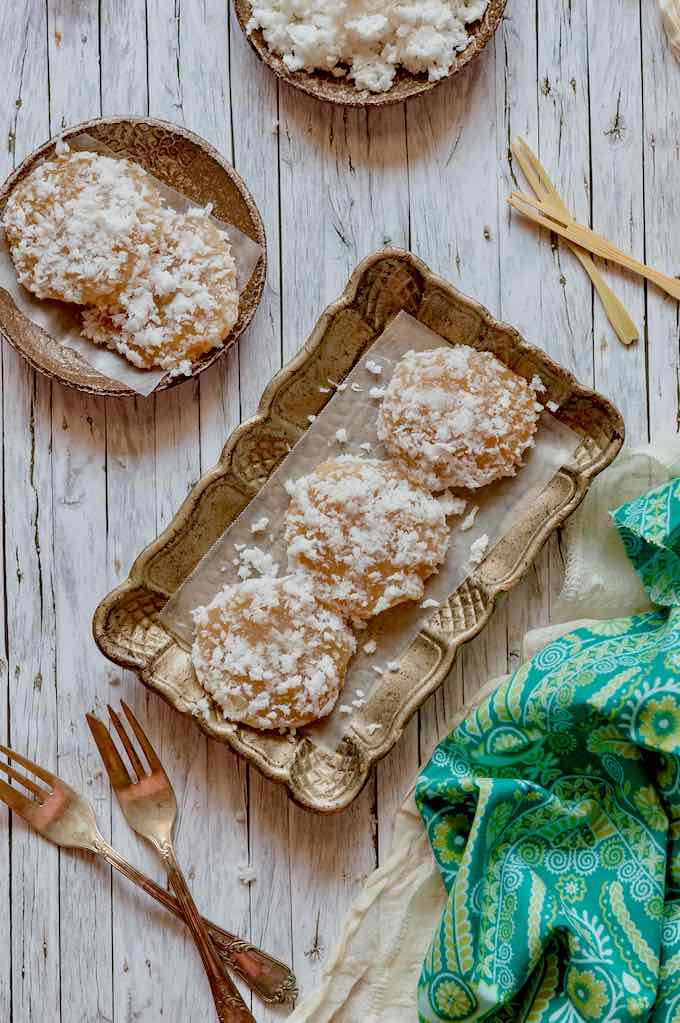 Pichi pichi (pronounce “pitsi pitsi”) is a mildly sweet snack originating in the Quezon province of the Philippines, that is commonly served during merienda (afternoon snack) or simply as a dessert. It is a traditional Filipino dessert made with freshly grated cassava, which is steamed and then topped with freshly grated coconut. It is also popular in Palau.

Filipino food is truly a cuisine of multiple influences. The cuisine in the archipelago is mainly a mixture of Spanish, Chinese, and Malay and to a small extent has Indian traces as well. Filipino food is also very popular in the neighboring insular state of Palau.

A distinctive feature is that from savory to desserts, sugar in some form is added to the recipes. Filipino (Pinoy) dishes tend to have a sweet and savory taste profile. It is said that Pinoys are sweet toothed and they like to end a meal on a sweet note. The country also boasts about having a huge repertoire of sweet recipes.

Pinoys have a practice of eating in between meals. These small-portioned meals are called merienda, which is adopted from the Spanish culture during colonization. These can either be sweet or savory usually varying from region to region.

Pichi pichi is also considered a variety of kakanin. A sweet delicacy is called a kakanin if it is made with rice (or sometimes root vegetables), uses coconut products and most importantly the final product is sticky and chewy.

Kakanin (kain means to eat and kanin means rice in Tagalog) is an umbrella term for Filipino gelatinous sweets and deserts. The glutinous rice cakes like suman, palitaw, sapin sapin, puto  (all made with glutinous rice flour) are the common kakanin snacks served in between meals. Being a tropical country, it is a given that the sweet delights are mostly made of rice and coconut. 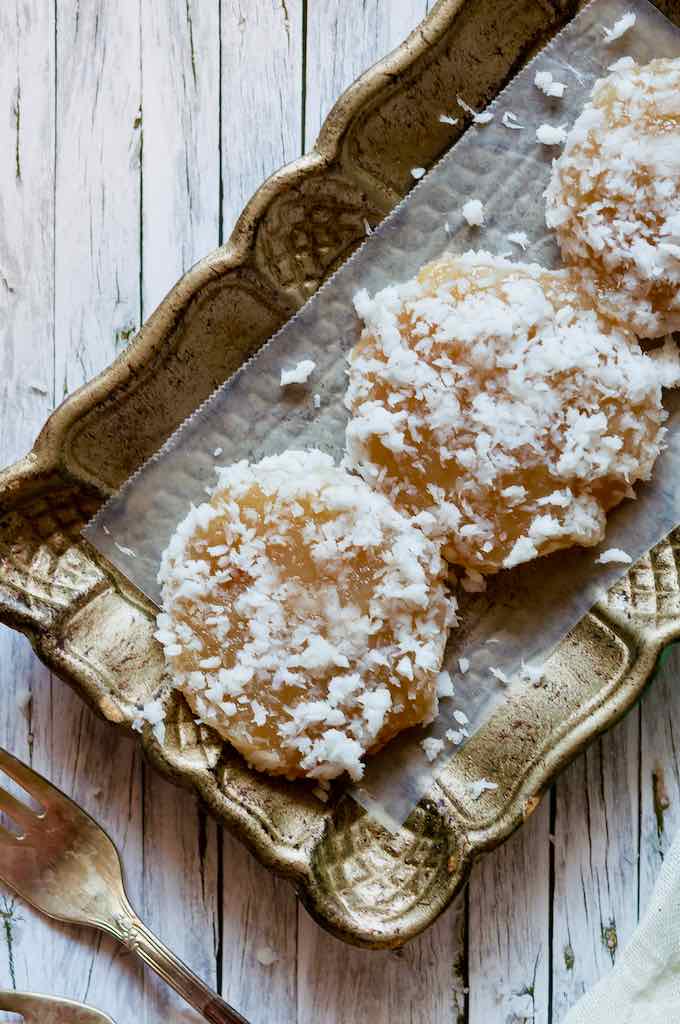 Pichi pichi has 3 main ingredients – cassava, the base or starch in the recipe, pandan extract/essence, acting as a flavoring agent and lye water, an alkaline solution to get the right texture.

Cassava, next to rice, being a tropical thrive is a staple and a main agricultural crop in the Philippines. Cassava roots are common throughout Asia. They are boiled, baked or fried. Recipes like puto lanson, cassava suman and nilupak are all made using grated cassava as the main ingredient. Cassava flour is also quite common in Filipino recipes and it is used to make dishes like cassava cake, pisti-pisti, landang, etc.

Pandan extract is the main flavoring agent in this recipe. Pandan, also known as screw pine leaves, are widely used in many South East Asian kitchens like Malaysia, Thailand, Vietnam and Philippines. It is commonly known as Vanilla of the east. Due to its unique flavor and aroma it is used as a flavoring agent in many sweets and desserts. Filipino cuisine extensively uses pandan in many recipes ranging from savory dishes to desserts. It is especially paired with coconut-based sweets like buko pandan, elevating the flavor multi-fold.

The essence or extract can be bought from the store or can also be made from scratch using fresh pandan leaves. Boil the leaves in water, drain and blend the leaves to a smooth consistency and strain it. When called for, use this sparingly in the recipe.

The next main ingredient in this recipe is lye water solution, commonly known as sodium hydroxide. It is used in pichi pichi to get the right glazy texture.

Lye solution is mainly used in brewing and baking to raise the ph of the dough. This gives the finished baked product a beautiful yellow hue and the extra crispiness. It also breaks down the protein content, which speeds up the baking process. The secret ingredient to get the best tasting German pretzels and bagels is lye. It is also used as a curing and tenderizing agent and in desserts to get that commercial gelatinous texture.

Since it is a risky ingredient, at most care should be taken when handling lye. It should always be used in minimum recommended quantities and try not to touch with bare hands. But in minimal quantities it is perfectly okay to use food safe lye in cooking.

In general, Filipino desserts are quite elaborate in preparation. With few ingredients and a straightforward recipe, pichi pichi is one of the easiest kakanin to prepare.

How to make a perfect pichi pichi

– If fresh cassava is not available, you can either use frozen cassava or cassava flour instead.

– You can also add freshly grated cheese instead of coconut toppings. Roll the pichi pichi in coconut shreds just before consuming. Since it contains coconut, it doesn’t have a long shelf life.
Store the plain pichi pichi in an airtight container in the refrigerator or freezer if you are not using it immediately. Just before consuming, roll it with your favorite toppings.

– Some also use food coloring or natural coloring agents like ube (purple coloured tuberous root) to make the dessert more colorful and exciting, especially for kids.

– If you don’t have access to pandan extract, you can also substitute vanilla extract.

– Some also use coconut milk or milk instead of water to make pichi pichi. 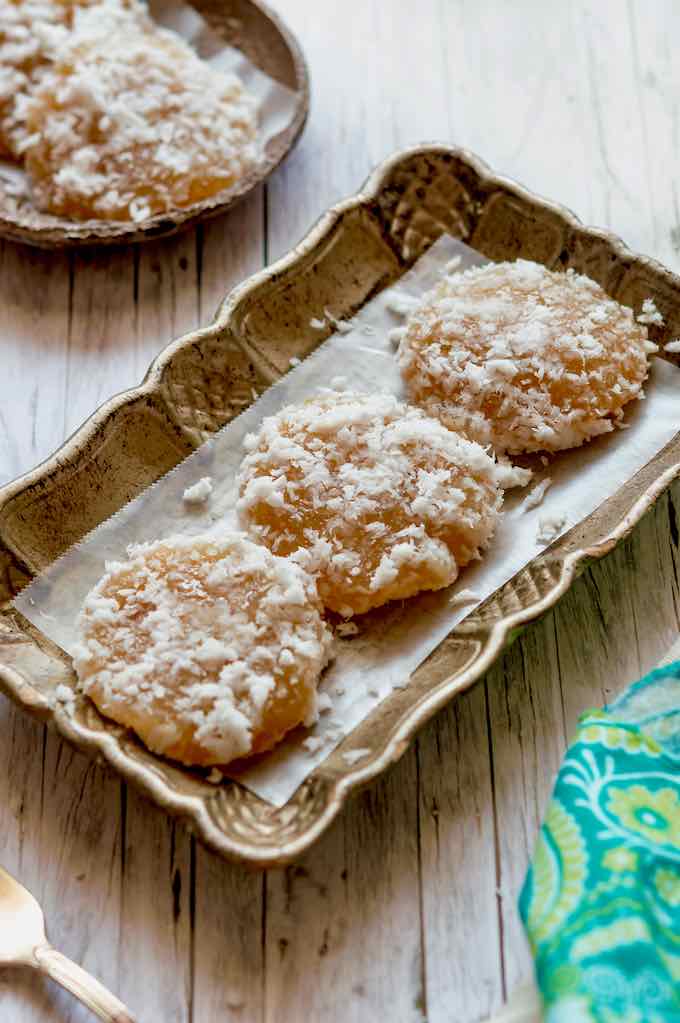 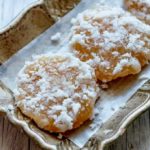 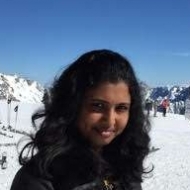