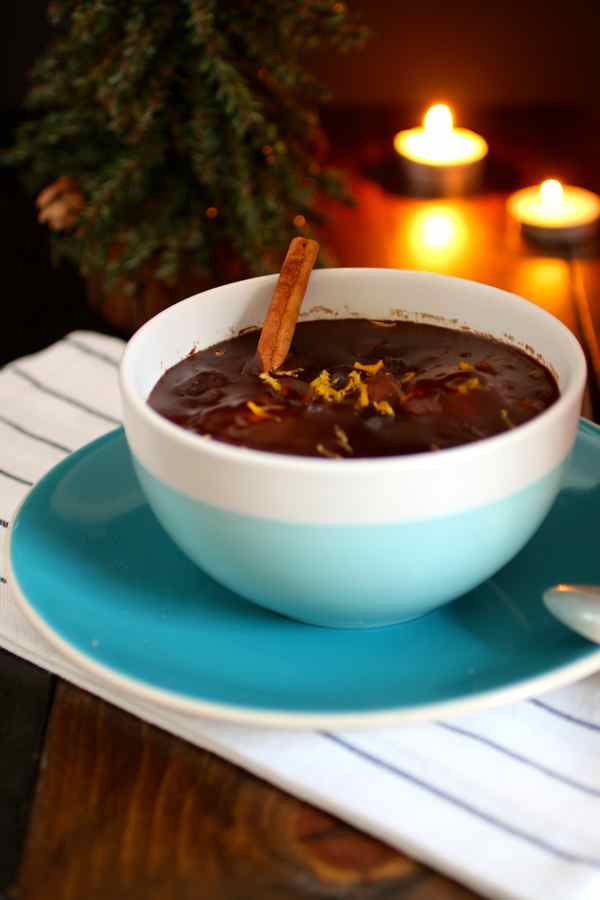 Imbuljuta tal-Qastan is a traditional Maltese drink served after Midnight Mass on Christmas as well as on New Year’s Eve.

Malta is the fifth smallest country in Europe after Vatican, Monaco, San Marino and Liechtenstein. This archipelago is situated between Italy, Tunisia and Libya in the Mediterranean Sea.

It was a British protectorate from 1800 until it became independent in 1964. The population is overwhelmingly Roman Catholic and as a result, Christmas celebrations carry a lot of traditions. These traditions, especially when it comes to cuisine, reflect both British and Italian influences. On Maltese Christmas tables, you may find English main dishes like dundjan (turkey) and mince pies or desserts like pudina tal milied (Christmas pudding) or oaghqa tal-ghasel (treacle ring, a cake filled with molasses). Panettone, a dry sweet cake with candied or dry fruits from Italy, has also become a Maltese favorite during Christmas as well as throughout the year. 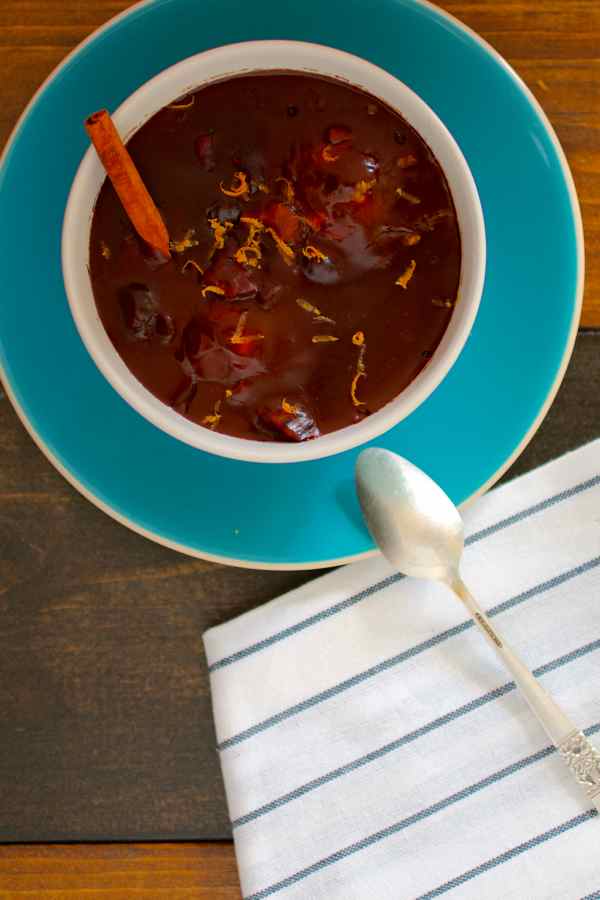 But there are also more traditional Maltese Christmas recipes, like hasi (rooster). Indeed, before Malta became British, housewives would pick the fattest and plumpest rooster to cook for Christmas lunch. The bird was placed in a casserole dish along with vegetables and potatoes then taken to the local bakery so it could be cooked in one of their large hot stone ovens.

Maltese Christmas is full of old traditions. One of those traditions, which is sadly rarely seen nowadays, is to sow wheat, grain and canary seed onto cotton buds. These buds, called gulbiena, are left to grow a few weeks before Christmas, until the seeds produce white grass-like shoots. They are then used to decorate presepji (cribs), statues and nativity scenes.

A tradition that is still religiously observed (pun intended) is to listen to a young child’s sermon during the Christmas mass. This is called priedka tat-Tifel, which means “preaching of the child”.

Although Santa Claus was not part of the traditional Maltese Christmas in the past, people used to offer money as gifts. Those gifts called I-Istrina were typically offered on New Year’s Day.

Christmas has always been an important holiday for Maltese. Some even fast for a period of 4 weeks leading up to Christmas Eve. After mass, people feast on traditional sweets like treacle rings, figs, deep-fried date-rolls, known as mqaret, as well as Imbuljuta, the hot and comforting chestnut and cocoa beverage that I am sharing with you today.

Imbuljuta tal-Qastan undeniably captures the aromas of the end of the year with spices like cinnamon and clove, but also with chestnuts and mandarines, fruits that are often found in Christmas recipes or on European tables during the month of December. It is the perfect recipe for those special nights where you want to drink something hot, spiced and deliciously seasonal next to the fire.

I prepared this drink last weekend on a cold day (read: 60 F in Los Angeles), a perfect day to enjoy this hot drink. The traditional recipe seems to only include cocoa powder, when others sometimes call for chocolate chips. I only used cocoa powder in mine, but I think I will probably try adding chocolate next time to make the beverage a little thicker and velvety.

Also, there are two schools when it comes to chestnuts. Some people keep them whole or barely broken, when some actually crush them. I tend to prefer crushed chestnuts as their aroma spreads through the beverage and also helps make a thicker imbuljuta tal-qastan.

If you are looking for an alternative to eggnog and traditional hot chocolate this holiday season, this is your drink!

As they say in Malta, il-Milied it-tajjeb or… Merry Christmas everyone! 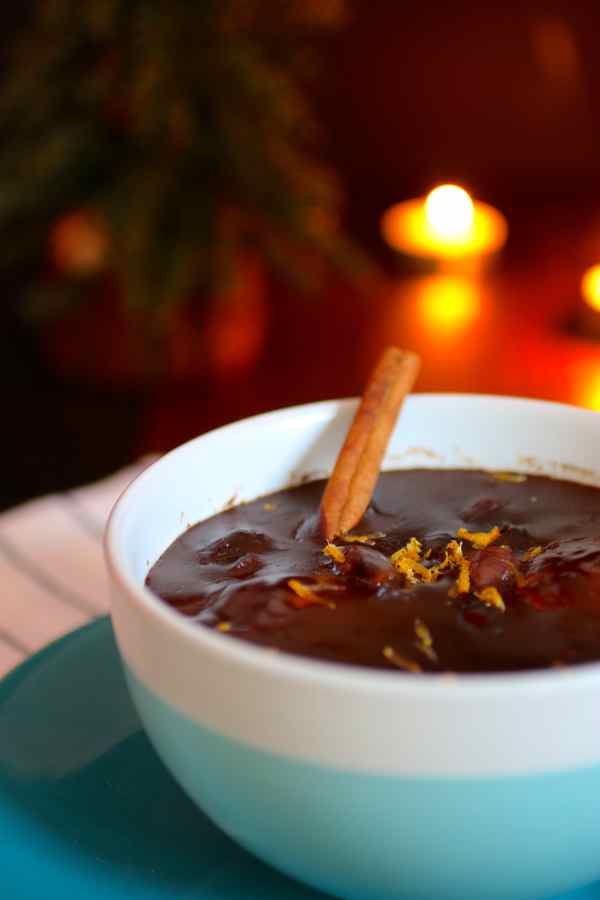 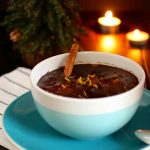