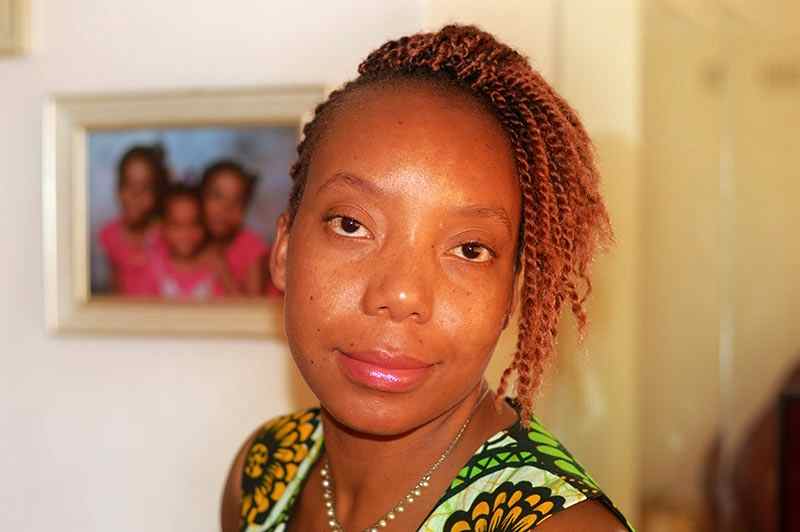 The 196 flavors team is very happy to introduce our Zimbabwean culinary expert. Rumbie was born and raised in Zimbabwe and has been on a mission to keep Zimbabwean cuisine alive with her blog ZimboKitchen.com.

My name is Rumbie and I’m a passionate, free-spirited and energetic home cook and the co-founder of ZimboKitchen.com. I have a supportive and hardworking husband and together, we have three lovely girls. I didn’t study culinary arts or anything related to cooking, it’s a passion I have and that I enjoy doing! I initially studied PC Engineering and Networking as well as underwent professional training in search engine optimization with an international firm. So as you can see there is no direct link between my training and what I do now except that I use technology to share my passion and build a business around it. I’m looking forward to studying culinary arts and turn my passion into a profession.

Tell us more about your knowledge and experience when it comes to Zimbabwean cuisine.

I grew up in a family with two exceptionally great cooks: my mother and grandmother. Over the years, they passed on their knowledge and techniques to me, which I’ve used and added my own flair and uniqueness to. Having them go before and share their knowledge with me formed a solid foundation in my knowledge of Zimbabwean cuisine. I’ve also intentionally gone out to do my own research about our traditional dishes. In 2012 I embarked on my blogging journey where I started ZimboKitchen.com, a pictorial tutorial food blog. It has empowered, inspired and rekindled the passion for cooking for many Zimbabweans and non-Zimbabweans alike. I did this in an effort to keep our traditional dishes alive and to document the recipes for our posterity. I realized that sadly, most of the traditional Zimbabwean dishes were slowly fading away and by the time my daughters are young adults, they probably wouldn’t even know how to prepare some of our traditional dishes. Having said this, ZimboKitchen has a mix of traditional, fusion as well as some Mediterranean, Asian and general Western cuisine… to cater for everyone seeing as we have also embraced these cuisines ourselves.

What makes Zimbabwean cuisine unique? What differentiates it from other African cuisines?

Its simplicity! Zimbabwean cuisine is absolutely effortless and modest yet having a pleasant distinct flavour when prepared properly. This is mostly because of the ingredients we use. Most of our ingredients are organic and are naturally full of flavor, with the exception of some! The cooking only enhances the natural flavors. As I mentioned earlier, Zimbabwean cuisine also taps into the general Western cuisine and gives it a unique African flair, making it our own.

What is your favorite Zimbabwean recipe or the most unusual dish of the country?

We have quite a number of dishes that qualify to be “unusual” or be a part of the bizarre foods! We have mopane worms which we call madora or amacimbi in two of our native languages. They are particularly popular in regions of the country with mopane trees. This is essentially where the name of the dish is derived. Not everyone is a fan of madora or macimbi; however they sure have a huge following in Zimbabwe and southern Africa. Before you run off, madora are high in protein to the extent that it’s just what the doctor ordered!

As mentioned earlier, Zimbabweans have embraced some of the cuisines around the world including Asian, general Western and Mediterranean. Zimbabwe once being a British colony, definitely has some traces of this in our food. A typical example is with the baking. The Portuguese also had an impact on our cuisine; having introduced peanuts to our diet. You’ll find a lot of Zimbabwean dishes include by-products of peanuts, i.e. peanut butter. In a nutshell, we’ve taken a bit from this one and that one and made it into one unique African cuisine.

Which place would you recommend to visit in Zimbabwe?

I would say the Eastern Highlands! I know many might think Victoria Falls. Yes, it’s a beautiful place and one of the Seven Natural Wonders of the World. But there’s more to Zimbabwe than Victoria Falls. There are other areas which don’t get as much pomp and fun fair as the Falls. One of these is the Eastern Highlands. It is a beautiful, mountainous, serene place. It’s just nature left to be and leaves you in awe as you travel around the different areas of the Eastern Highlands. There are a lot of interesting features in the Eastern Highlands. There’s Mount Nyangani; Zimbabwe’s highest mountain which is found in an area known as Nyanga. Next up is Mutarazi Falls which is Africa’s second longest waterfall. Honde Valley which leads into Mozambique and also happens to be where my grandmother has retired to is another beautiful place. Finally, there’s also Bvumba Mountain and Chimanimani to see and perhaps even hike! A visit to Zimbabwe’s Eastern Highlands will definitely leave you breathless and in awe, especially if you are a nature lover!

What Zimbabwean chef is a reference for you?

The two exceptional women I mentioned earlier, though not chefs; my grandmother and late mum will always be a reference for me when it comes to cooking Zimbabwean food! In fact, my gran was so good in the kitchen that she was nicknamed Mbuya Usavi (Gran good-food!) and up to now in her late 70’s, she’s called by that name!

What are the main difficulties in Zimbabwean cuisine?

Flavor! A lot of the Zimbabwean ingredients, especially traditional foods, though highly nutritious, are quite bland and dull and can be difficult to add flavor to. Examples of this are our dried vegetables, commonly known as mufushwa in our mother tongue. These can be notoriously difficult to present in an inviting manner as well as to add flavor to them. But… it can be done!

What would you suggest if you had to prepare a complete Zimbabwean menu: starter, main course, dessert?

The true traditional Zimbabwean meal usually jumps into the main dish and that would usually be it. However, as time has passed, it has been modernized and sometimes includes starters and dessert. So my menu would have roasted peanuts or sugar bean balls and roasted gizzards as a starter. This would be followed by peanut butter brown rice, served with road runner chicken stew and some pumpkin leaves stew or sautéed chomolia. The typical dessert would be a fruit salad with fresh fruits in season or some delicious, highly nutritious baobab fruit smoothie. 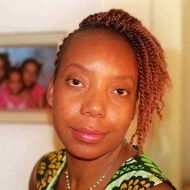 Rumbie is a passionate food enthusiast. In 2012, she embarked on her own culinary journey with ZimboKitchen.com, a food blog where she has been showcasing traditional and fusion Zimbabwean recipes.