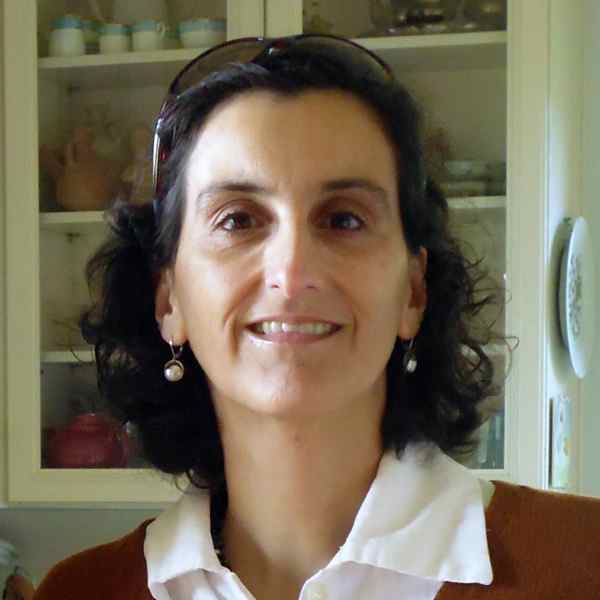 The 196 flavors team is very happy to introduce our German culinary expert. Nadia is originally from Germany and currently lives in the US. She is a cookbook author and blogger who shares her love for German cuisine on her blog Spoonfuls of Germany.

Can you tell us more about yourself?
I immigrated to the United States from Germany in the late 1990s. While I always liked to cook, I only became really serious about it when I met my husband and moved to the countryside, which is beautiful but a culinary wasteland. If you want to eat well around here, you need to cook.
I stumbled into German food because I wanted to introduce my American family to the foods of my childhood. In 2004, my book Spoonfuls of Germany about German regional cuisine was published. I have been hooked ever since, and in my free time I research forgotten German dishes and the stories behind them, test and adapt them for the American kitchen and/or to the modern taste, and blog about it all. 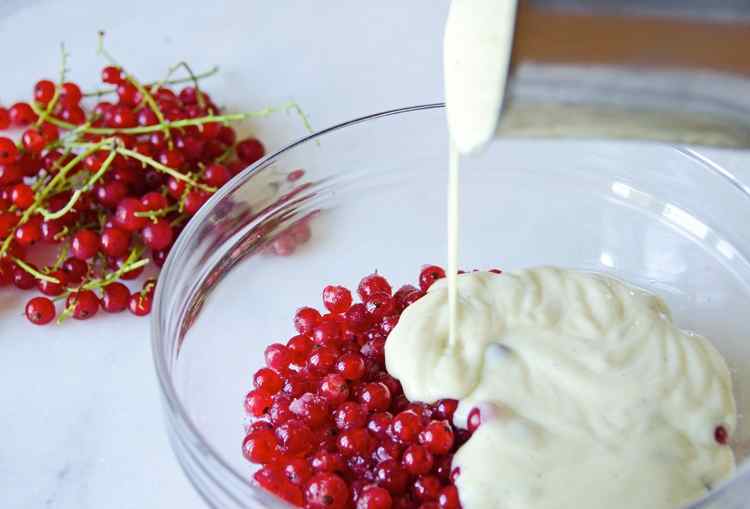 Tell us more about your knowledge and experience when it comes to German cuisine.

Although I never received any formal culinary training – except for a brief stint at an upscale restaurant in the summer after I graduated from high school – I am self-taught. But cooking my way through Germany and writing about it has made me somewhat of an expert in the field. When I tell friends or family in Germany about new dishes I discovered, most often they have never heard of them, let alone eaten or prepared them. A follower of my blog recently commented, “I’m always delighted and fascinated by both your recipes and your tales of German history. Wish I were a philanthropist to welcome each new German immigrant with Spoonfuls of Germany“. I don’t think I could ask for a nicer reference!

What makes German cuisine unique? What differentiates it from other European cuisines?

What makes German food special is that there is not “the” German cuisine but a vast variety of cuisines. Germany stretches from the coast of the North and Baltic Seas to the Alps. Every region has its own climate and growing conditions, producing all kinds of produce, seafood, meat, game, and dairy products, and every region has its own specialties. Plus, Germany’s location in the heart of Europe made it a battlefield throughout history where foreign invaders left their culinary tracks. And each of Germany’s nine neighboring countries – Denmark, the Netherlands, Belgium, Luxembourg, France, Switzerland, Austria, the Czech Republic, and Poland – has had an important influence on German cuisine. 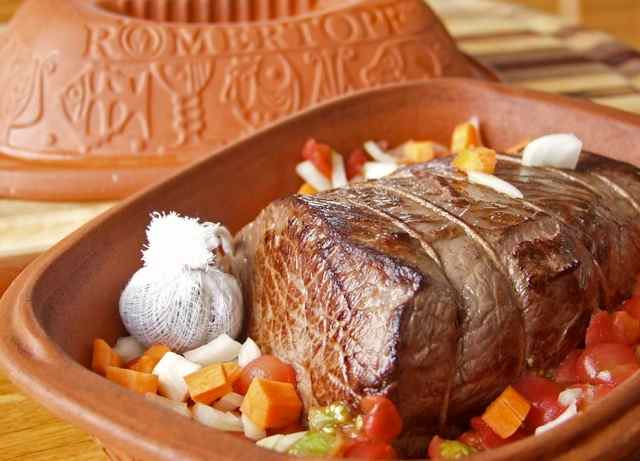 What is your favorite German recipe or the most unusual dish of the country?

I have been asked that question often and it is one that I always decline to answer. Because naming a favorite or the unusual German dish would run counter to what I have tried to get across for many years: that German cuisine is highly diverse. There are too many delicious dishes to pick only one.

My father is from Tunisia and I’ve always had a soft spot for that cuisine. Moroccan and Lebanese are my other two favorites cuisines from the other side of the Mediterranean. I also like French and Italian food. On a daily basis, I mostly cook vegetarian, and I love Indian food because it offers so many great ways to prepare vegetables. The influences in my cooking are rather eclectic. I often try new dishes from a variety of countries and cultures.

Which place would you recommend to visit in Germany?

I would suggest visiting one large city – Berlin, Munich or Hamburg – and then venture into the surrounding areas, see some smaller towns or villages and the countryside, maybe visit a local market, or one of the artisanal food producers whose numbers are growing.

What German chef is a reference for you?

Like the question about a favorite dish, I cannot narrow it down to one chef. I appreciate chefs who source their ingredients locally, use seasonal ingredients and contribute to the revival of German cuisine without totally overhauling traditional dishes and coming up with deconstructed concoctions such as “red cabbage foam”.
In terms of influence, I would pick Wolfram Siebeck, although he is not a chef but a German food writer and restaurant critic. Siebeck was promoting good quality ingredients and cooking from scratch long before it became en vogue.

What are the main difficulties in German cuisine?

Most German dishes are not difficult if you know your way around in the kitchen. The difficulty is to find authentic, good quality ingredients outside Germany. There were certain fruits I could not find in the US, such as red currants, black currants, gooseberries and elderberries for the jams, jellies and pies found in many German recipes. Out of necessity, I started growing my own, and in the process I became a passionate gardener. 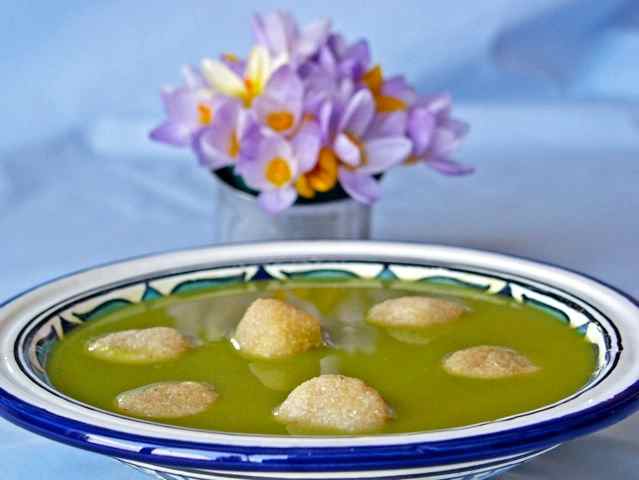 What would you suggest if you had to prepare a complete German menu: starter, main course, dessert?

It would definitely be a menu with as many seasonal ingredients as possible. In the spring, that would be Cream of Asparagus Soup (white asparagus that is, which is difficult to find in the US and just does not taste the same as asparagus grown in Germany) or Pea Soup with Semolina Dumplings. The dumplings, when done right, melt in your mouth and look like the last patches of snow on the grass. As a main course, Chicken in Riesling with White Grapes, a specialty from the wine-growing region of Palatinate. And for dessert, something with berries – most likely the classic Red Fruit Pudding (Rote Grütze) with Vanilla Sauce. 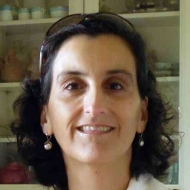 Nadia is originally from Germany and currently lives in the US. She is a cookbook author and blogger who shares her love for German cuisine on her blog Spoonfuls of Germany.