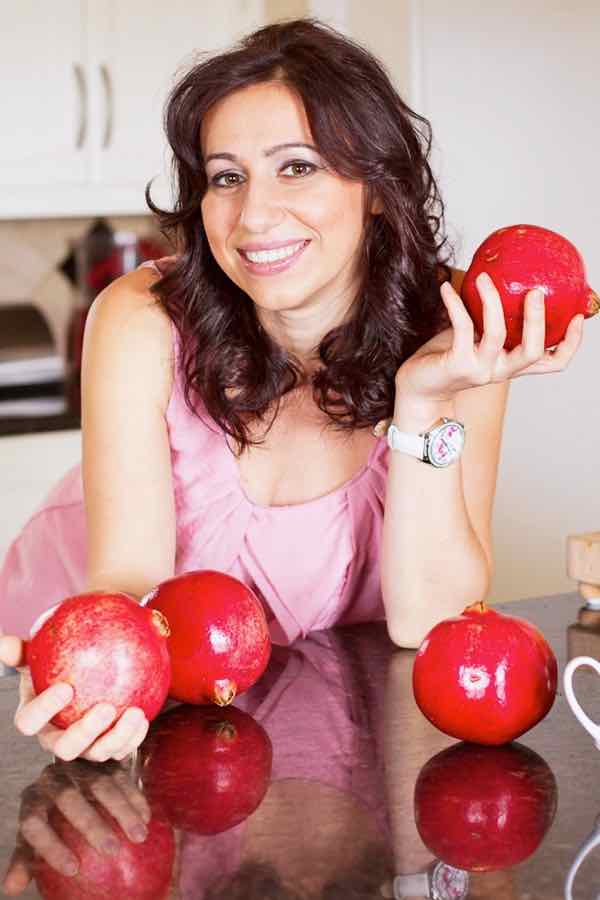 Feride Buyuran is the culinary expert for Azeri cuisine on 196 flavors.

Feride was born and raised in Baku, Azerbaijan and moved to the United States at the age of 24. She is the award-winning author of “Pomegranates & Saffron: A Culinary Journey to Azerbaijan” and the writer behind www.AZcookbook.com, a food blog where she shares recipes and stories from her native Azerbaijan and beyond. Feride holds BA and MA degrees in English and Literature from the University of Languages in Baku and an MBA from California State University, Long Beach.

I was born and raised in Baku, Azerbaijan and moved to the United States after marrying, in 2002. When I landed here, the last thing on my mind was to venture into a career of food writing or cooking. It never even crossed my mind. Upon arrival, I immediately applied to a local university for an MBA degree and started my studies. After I graduated, I worked in the corporate world for a brief time, until I realized that since my coming to this country, something had been happening to me – I grew to love cooking and writing about it. This is when the idea to write my own cookbook came to my mind. And, a food blog, to go with it. 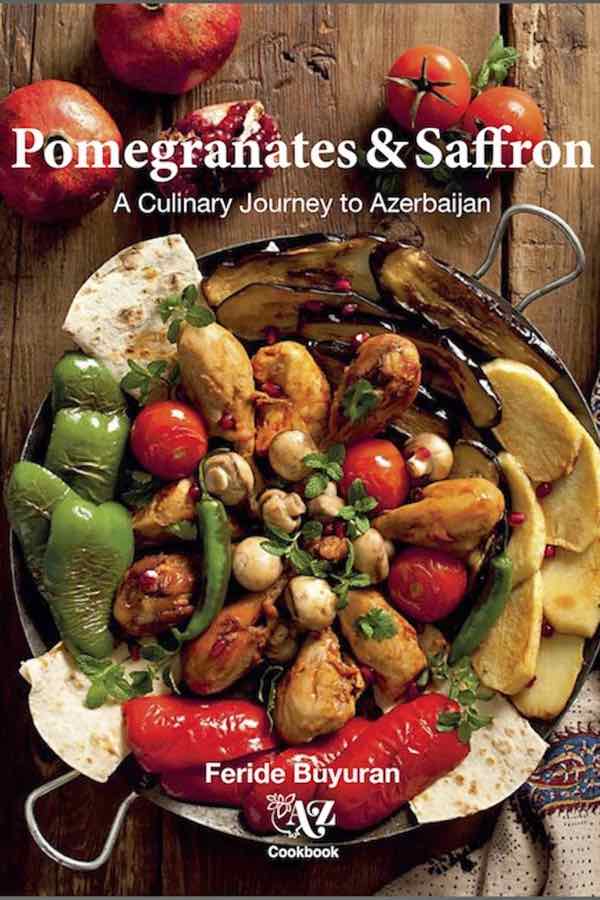 Tell us more about your knowledge and experience when it comes to Azeri cuisine.

Back in Azerbaijan, I rarely cooked. It was never my priority. I could cook a few dishes and make a pastry or a cake or two, but cooking in a real sense of the word was not something I saw myself engaged in. Yet, I had a thing for recipes as a teenage girl. I collected recipes from magazines, newspapers, or as heard on the radio, seen on TV, or shared by someone. But I rarely cooked with them. And I certainly took Azerbaijani food for granted. To me, it was just a delicious food that fed us on a daily basis.

In America, I had the opportunity to look at our cuisine from a completely different set of lenses, through the eyes of someone who was no longer close to her family, to her country, and who no longer had access to Azerbaijani markets and hence the authentic ingredients. Azerbaijani food to me became something of an exotic delight, something to long for, and which absolutely deserved its own place in the melting pot of cuisines we have in America. So, I started to learn how to cook, bugging my family in Baku for recipes while slowly honing my kitchen skills. Then, when the idea to write a cookbook hit me in 2007, I thought I had known all the ins and outs of Azerbaijani cuisine, until I realized, while researching, that there was more to it that I thought I knew. Azerbaijani cuisine is very diverse across the different regions, and there are so many dishes that I had never heard before I started writing my book. Food research is a never ending learning curve. Even when it comes to your own native cuisine.

What makes Azeri cuisine unique? What differentiates it from other cuisines?

Perhaps the fact that Azerbaijani cuisine has influences of others, including the Middle Eastern, Turkish, Persian, and even Eastern European, yet it stands out on its own with its use of local ingredients and techniques. This is a cuisine in which East meets West in a successful concoction of varied flavor palettes.

What is your favorite Azeri recipe or the most unusual dish of the country?

I have to say it is stuffed grape leaves, dolma. I can eat it any time of day, any season. This, however, is a very traditional and widely known dish. The most unusual dish that I like is surhullu (a specialty of the northwest), in which pasta, shaped like tiny boats or leaves is cooked in water and served with dried meat and the broth in which the meat was cooked to become tender. Then you pour some garlicky sour plum sauce on top and savor the surhullu with much gusto. That dish is as scrumptious as it is unusual.

I like to try all kinds of foods. I wish I could try the foods of every country in the world. Luckily, we live in Los Angeles, where so many food cultures are represented so well that traveling is not the only option to familiarize yourself with the cuisines of other places. But if I have to pick one cuisine that is close to my heart and my palate the most besides Azerbaijani, it is Turkish. It is so diverse and so rich, and so full of colors and flavors.

Which place would you recommend to visit in Azerbaijan?

If you are foodie, visit Baku’s Old City and try traditional dishes, such as rice pilafs, stuffed flatbreads, kababs, in the small restaurants lined against the centuries-old fortress wall. Also, if you have enough time, take a tour to some gastronomic regions of the country. For instance, in Sheki in the northwest, you can sample the best piti, or lamb stew cooked in clay pots, in the city’s old Caravansary, where once merchants of the Silk Road stopped for trade and leisure. Sheki also has the most unique baklava you can ever try, made with rice flour. Or, travel to Lenkeran in the southeast – they make the best dishes incorporating walnuts and sour paste and other tangy elements for cooking savory dishes. Each region has something of its own. Make sure you give yourself plenty of time to indulge in all the culinary delights the country has to offer.

Beside your mother or grandmother, is there any chef from Azerbaijan (or beyond) who is a reference for you?

I know a few chefs from Azerbaijan, and they even kindly shared their recipes with me for my book, but I cannot say there is one who is a reference, as I am not in close contact with them.

What are the main difficulties in Azeri cuisine?

There really is not much difficulty. The only thing that may sound like a challenge to someone new to cooking Azerbaijan is that some dishes are time consuming to make. But these are the dishes that are absolutely worth any effort put into making them. For instance, dushbere, a tiny dumpling soup. You have to be able to fit at least 20 mini stuffed dumplings (cooked!) on a tablespoon to qualify as a good dushbere maker. But the soup is so delicious that every second spent on meticulously shaping the dough into tiny bundles is absolutely worth it. Good things come with a price – in which case price is time. But there are also so many Azerbaijani dishes which can be prepared on the spur of the moment, with little time put and, plus, with a few, readily accessible ingredients.

What would you suggest if you had to prepare a complete Azeri menu: starter, main course, dessert?

Tough question as ideas keep flowing into my head. If you want to keep it simple and fit for summer, make chopped vegetable salad, soup called dovgha (yogurt soup with fresh herbs), dolma (stuffed eggplants, peppers and tomatoes), fried green beans, and finish these with sweet preserves served with a cup of piping hot black tea. 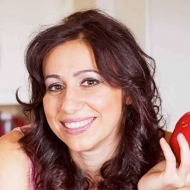 Feride was born and raised in Baku, Azerbaijan and moved to the United States at the age of 24. She is the award-winning author of "Pomegranates & Saffron: A Culinary Journey to Azerbaijan" and the writer behind AZcookbook.com, a food blog where she shares recipes and stories from her native Azerbaijan and beyond. Feride holds BA and MA degrees in English and Literature from the University of Languages in Baku and an MBA from California State University, Long Beach.