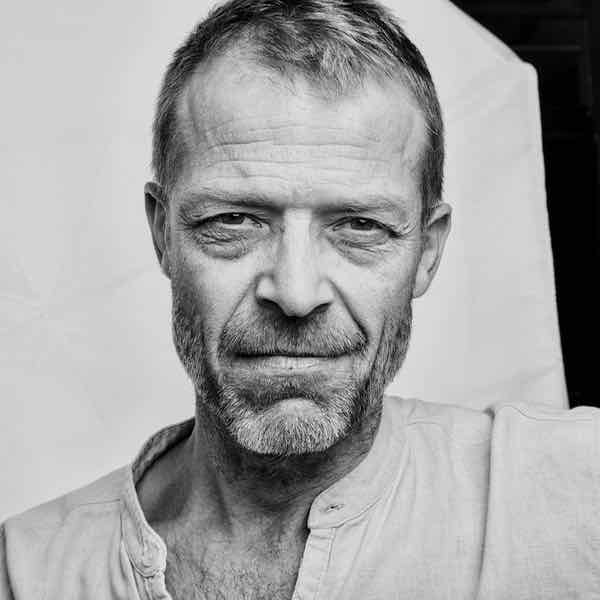 Chef Simon is the new French culinary expert for 196 flavors.

It is a great honor for us to welcome Chef Simon into the family of culinary experts of 196 flavors. Thanks again for your trust, Chef! Could you introduce yourself to our readers who may not know you yet?
My name is Bertrand Simon and I started to study cooking in 1977. At that time, being a cook was not a very rewarding trade and I stumbled upon it by accident. No one around me was in the profession and we did not really go to restaurants. This professional world was completely unknown to me. After two years of training, I entered the professional world as I turned 17. I mainly worked in classical, gastronomic and renowned restaurants for 10 years before joining the Education field.

Today, I am a culinary professor in a trade public high school and the author and founder of the site Chef Simon since June, 13th 2000.

I’m also the author of several cookbooks, including the popular En Cuisine by Chef Simon published in October 2013, and which was a great success. It was published in Taiwan and was recognized at the “Gourmet World Cook Award – France” in the category “Best cookbook attached to a website”.

I will soon achieve 40 years of culinary experience and for the past 17 years, I have been “Le Chef Simon”. Even though I am very famous in the virtual world, I am totally unknown in the real world! I worked hard in the profession. I was fortunate to work with chefs who passed on everything to me. I learned a lot and I still learn every day.

If today, sharing my knowledge is my main activity via public education and through the site Chef Simon, it is really to follow the path of these chefs.

Even today, I learn, observe and experiment, which makes me a chef in perpetual learning. The basics that I was taught were very classical and if you have to know them and pass them on, you must also know how to get rid of them to adapt the cuisine with its time and its new technologies. 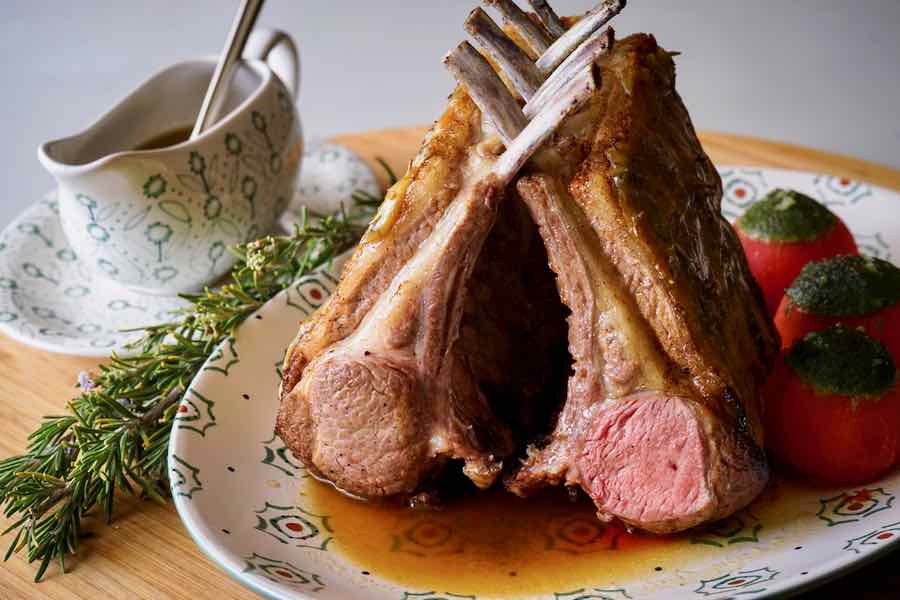 Tell us about your knowledge and experience when it comes to French cuisine.
I joined Le Touquet hospitality school in 1977 to study the basics of cooking. Once I graduated, I went to work with Jean Claude Dufäye at the restaurant “Chez Maurice”, which at the time was already recognized by the Michelin and Gault and Millau guides.

I climbed the professional ladder with difficulty from the kitchen helper position to the commis chef. This old-fashioned chef conveyed to me the work ethics that I lacked. With rigor and methodology, I continued my learning every day. I have learned to recognize products and work with them.

I then joined Loïc Martin’s brigade in Lille, at the “Restaurant le Paris” (Michelin-starred), where I learned brigade work and climbed from commis chef to sous chef. I stayed for several years and I consolidated my knowledge.

Working in a large brigade makes it possible to learn from colleagues who have also worked in large operations, it is very enriching, it is a form of unofficial companionship.

Then I took up various positions as a classical restaurant manager and because my family responsibilities were more important than my professional ambitions, and I had a taste for transmission of knowledge, I turned to teaching.

What makes French cuisine unique? What makes it different from other European cuisines?
More than other cuisines, French cuisine is historically multicultural. This openness has allowed it to emerge from its own boundaries by integrating the cuisines, knowledge and techniques of other cultures. French cuisine would not exist without this ethnic mixing or without that curiosity that pushes it beyond its boundaries and this need to find its roots at all costs.

But like its people, French cuisine is paradoxical, it needs to be codified, but everyone wants to bypass the rules! French people want to keep their feet in their native land while growing wings to go elsewhere. It is surely this paradox that makes French cooking so indescribable.

What is your favorite French recipe or the most unusual dish of the country?
It is very difficult to answer this question because the richness and diversity of French cuisine make me change my mind every day. It is my instinct before my reason that gets to decide.

I like when the cooking itself is just perfect especially with the fish, which I prefer “pearly” with the flesh still bright.

I like products that are made with a small number of ingredients or that are based on almost raw ingredients, sometimes just barely cooked. When I taste a filet of cod or turbot, it is a perfected version of the original taste of the fish that I like to find on the plate.

This does not mean that I do not like spicy cuisine. It is actually quite the opposite and I cook it too but you asked me for my preferences 🙂

I am not really sure if its consumption is still relevant in France today but in my opinion, calf’s head (and offal in general) is part of the typical catalog of the French cuisine heritage. This is in any case the recipe that “shocks” most outside our borders. 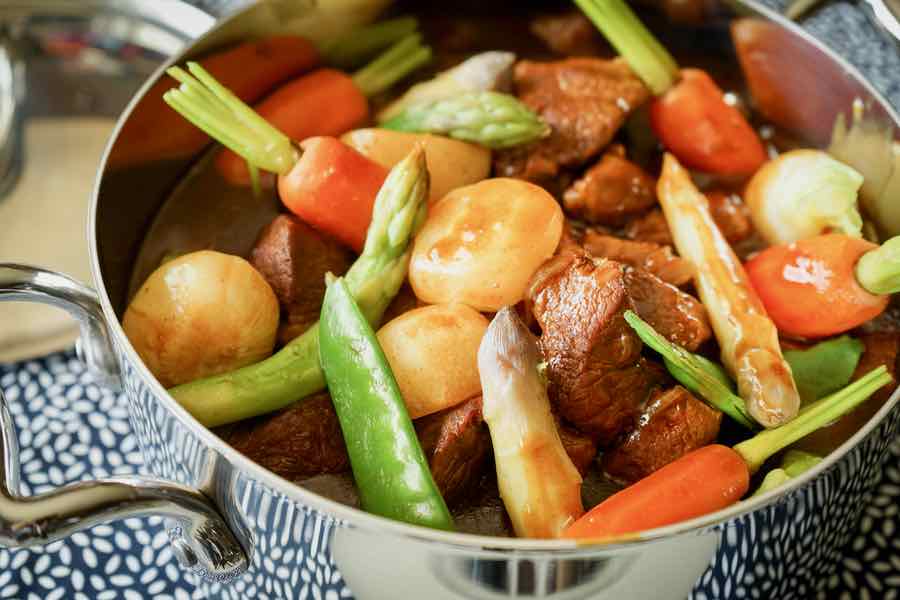 What other cuisines do you like or influence your cooking?
I am very attracted to Asian cuisine, because Asian philosophy fascinates me. The wisdom and strength that reside in secular thinkers command respect.

I like to feel the resonance of each element in the cuisine that I taste and Asian cooking translates it very well. The discovery goes through delicate flavors, controlled cooking, and finesse brought by carefully selected ingredients. I value the attention paid to the different elements as well as the underlying philosophy. It is the product that is respected and not the product that has to submit itself to the recipes.

The technicality of Asian cooking, which is the result of a long learning, places the cook in a position of nobility that values ​​his learning and tenacity.

The know-how is also as important in the realization of a dashi broth or the preparation of a fugu, than in a Chinese feast.

In this culinary culture, I like the way the products are handled, all on an equal footing. In China or Japan, there is no such thing as noble products and non-noble products.

The minimalism as well as the artistic performances of decoration, sculptures, presentations make the practice of cooking appear almost like a ​​cult, respectful of the product and noble for the one who practices it. The overall respect given to both the work and the product itself has also helped me to reflect on the yin and yang aspects of cooking.

I love the complementarity of chili and soy, pork and cilantro, the crispiness from frying with the shrimp softness, and I’m downright addicted to quality soy sauce.

What place would you recommend to visit in France?
There are so many places, small and big, in France … The past of our country was built by colonization and invasion from outside or inside. Its wealth surpasses imagination. I think that the history of a country is a magnificent piece of the gigantic puzzle of humanity and that each jewel belongs no more to a nation than to the entire planet.

I love water, the wind, the infinite sky. I love the ocean, the coast of the North Sea and its endless beaches, the calanques of Marseilles, the beaches of Normandy, the Loire, Cathar castles, old stones … there is so much to discover in our country that it is frustrating to realize that there will never be time to get to know one properly.

Beside your mother or grandmother, is there any chef from France (or beyond) who is a reference for you?
The question is a delicate one, and I will not allow myself to pass judgment on the talent of a chef whose cuisine I have never tasted. I do not have the time to visit restaurants, starred or not, so I leave to each the pleasure of the discovery according to his own sensitivity.

And I am not saying that not to hurt anyone but because I run the same experience at the high school restaurant with my students. For the same dish that is served, you can receive a wonderful compliment or a deadly critic! Cooking is about making food, not war.

What are the main difficulties in French cuisine?
From a professional point of view, French cooking can be complicated today because it tends to favor the visual. It is not enough to create a delicious dish, it must also be pleasing to the eye.

It also has the habit of systematically integrating little-known products, often inaccessible to the general public and whose interest remains to be demonstrated in order to claim a certain originality and which sometimes makes it pedantic. 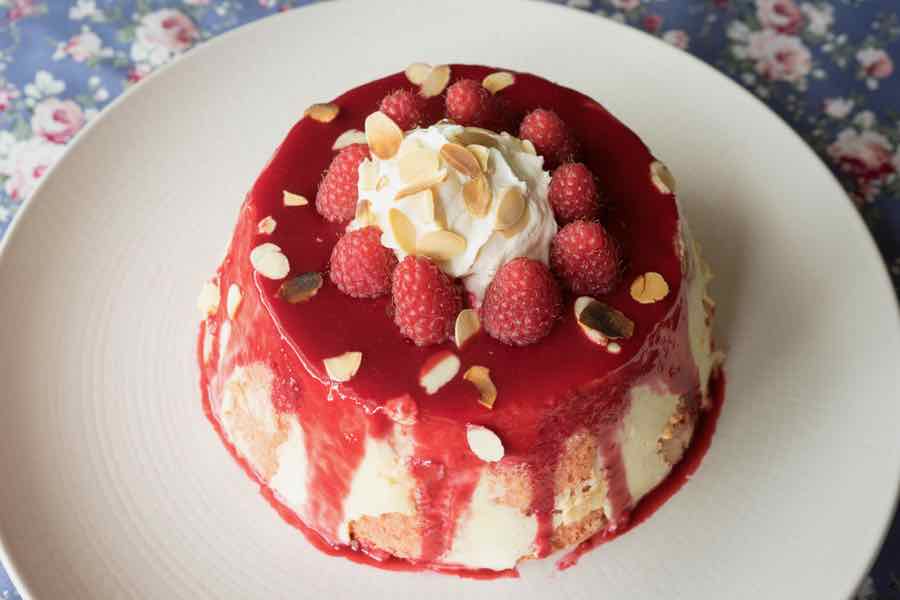 What would you suggest if you had to prepare a complete French menu: starter, main course, dessert?
The traditional French menu that everyone refers to can be a mouthful: an appetizer, a main course (usually a piece of meat), the famous cheese platter followed by a dessert and a coffee and sometimes a digestive.

This is the type of menus “à la française” that is still served for great family celebrations.

More commonly, for everyday meals, it will be starter + main course or main course + dessert.

I am basically detached from the traditions, but I still regret that meals are not as often shared at the table. This is often the only time everyone is gathered in the day and this shared meal contributes to family cohesion even if the menu does not necessarily appeal to all guests (except when it’s a homemade pizza dinner of course).

If I had to make a French menu, I would choose asparagus as a starter because it is my guilty pleasure, a veal rib with garlic clove with a typically French gratin dauphinois. For dessert, I would serve a Peach Melba charlotte. 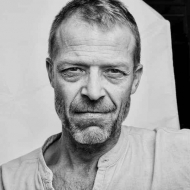