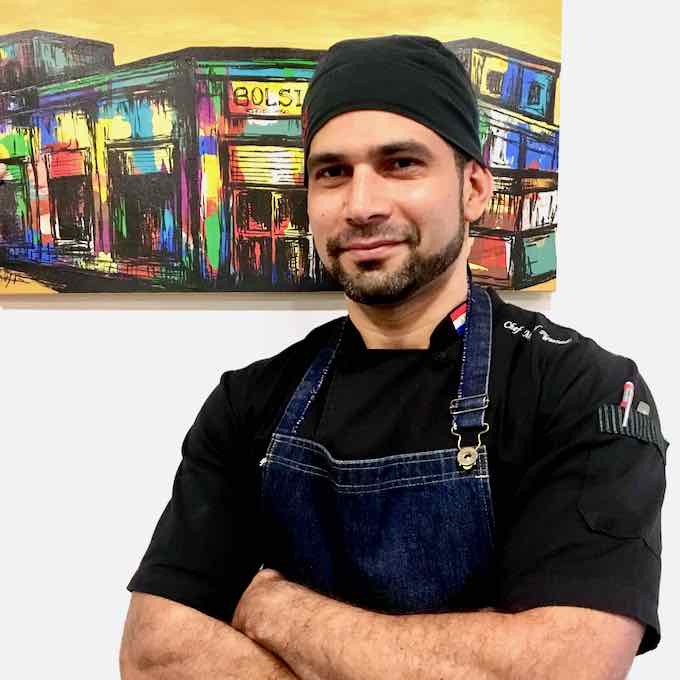 Chef Miguel Figueredo is the Paraguayan culinary expert on 196 flavors.

Miguel Figueredo started his career as a kitchen assistant in the restaurant and brewery Austria. He later became in charge of training the kitchen team of El Bolsi restaurant. He worked 9 years as a chef, before becoming the executive chef of El Bolsi.

Tell us more about your knowledge and experience when it comes to Paraguayan cuisine
Lately, Paraguayan cuisine has gained a lot of popularity. A number of casual restaurants started serving typical Paraguayan dishes, which helped a lot. Also, the fact that it began integrating ingredients and recipes from cuisines of other regions of the world resulted in a very positive outcome for Paraguayan gastronomy. But that does not mean that we can now take it easy and rest on our laurels. We must keep up the good work and give priority to our ingredients, take advantage of our climate, and explore the diversity of raw and natural ingredients that are available to us here.

What makes Paraguayan cuisine unique? What sets it apart from other South American cuisines?
I believe that Paraguayan cuisine is special in the way it uses ingredients to create recipes. Corn, for example, can be found under many different forms in all sorts of dishes. It can be eaten in starter dishes like sopa paraguaya, which is a sort of corn bread, or in main courses, as vori-vori, a cheese and corn flour dumpling typically served with chicken soup. It is also used in desserts such as mazamorra, which is a delicious treat made of white corn boiled together with milk and sweetened with cane syrup. These combinations are what make Paraguayan cuisine so unique. 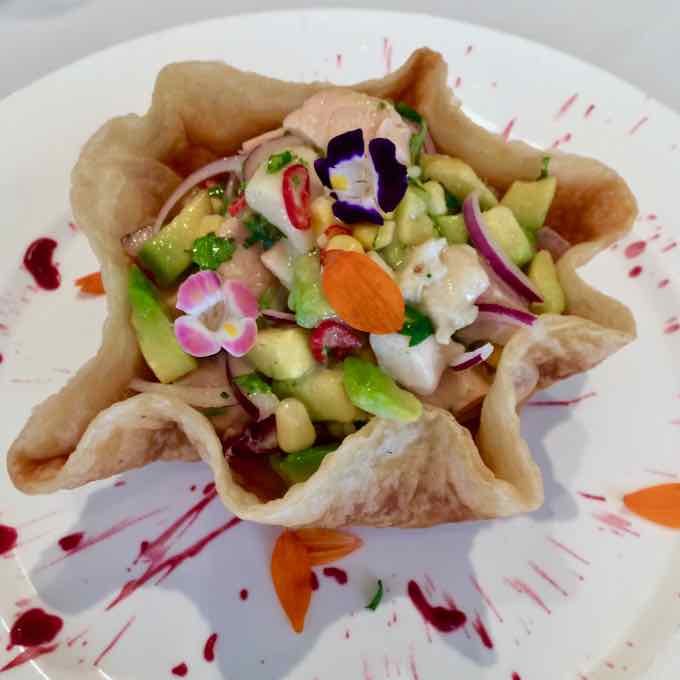 What is the most unusual dish in the country?
The recipe I mentioned above, sopa paraguaya, because of its unusual presentation.

What other cuisines do you like or influence your cuisine?
The cuisine that has influenced our restaurant’s menu the most would be mediterranean cuisine.

What places would you recommend during a visit to Paraguay?
I would start with Asuncion’s historical center, then visit neighboring cities such as Aregua, San Bernardino or Caacupe, which are around an hour drive from Asuncion.

Other than your mother or grandmother, which Paraguayan chef is a reference for you?
Rodolfo, best known as El Chapori, and Vidal Dominguez, a chef specialized in Paraguayan cuisine.

What are the main difficulties of Paraguayan cuisine?
The lack of knowledge and appreciation for our native ingredients and fruits. 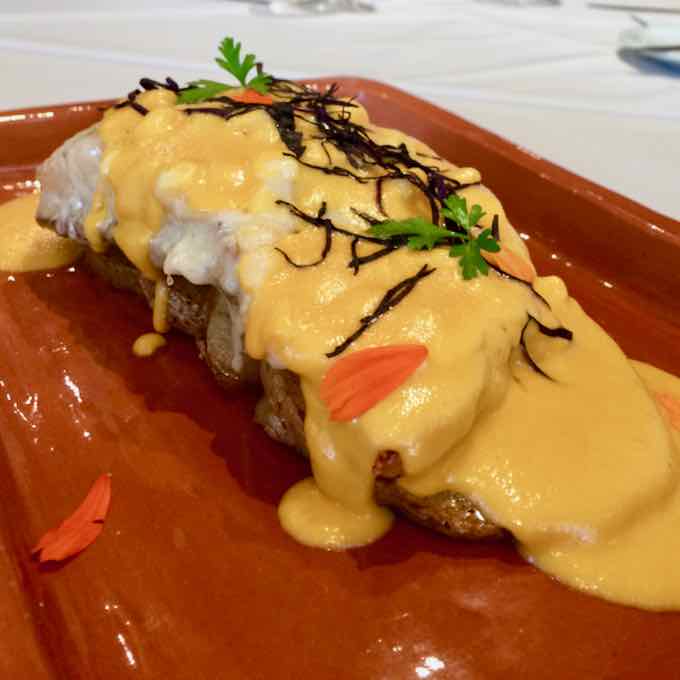 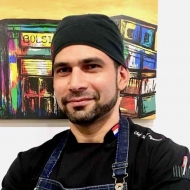 Miguel Figueredo started his career as a kitchen assistant in the restaurant and brewery Austria. He later became in charge of training the kitchen team of El Bolsi restaurant. He worked 9 years as a chef, before becoming the executive chef of El Bolsi.