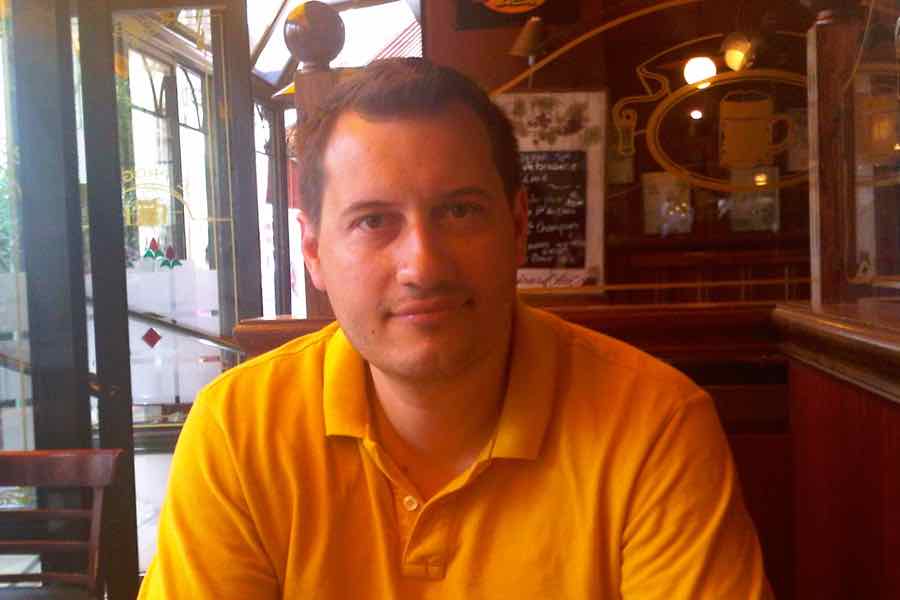 Ivaylo Piskov aka Ivo is the culinary expert for Bulgarian cuisine on 196 flavors.

Ivo was born in Bulgaria and moved to the United States at the age of 25 where he went on to creating the single most comprehensive online guide to Bulgarian cuisine – Find BG Food. In the last 10+ years the site has become a staple and a household name for everyone looking for Bulgarian recipes, restaurants, stores and more, not only in the US but around the world. Currently the site also features online shops for Bulgarian food and drinks operating in the US, Europe and Australia. Ivo also has published two Bulgarian cookbooks and cooks every day at home for his family.

I was born on January 1st in the town of Plovdiv, Bulgaria. The year is intentionally omitted – I think wisdom and cooking skills come with experience, not with age. I was raised by my grandparents in the town of Kazanlak, a beautiful town situated in the middle of the World famous Valley of Roses, full with history, strong traditions and in my case a lot of home cooked meals in the preparation of which I was often involved. So it is my grandparents to whom I owe most of the cooking skills and surely many of the recipes that I know today. I then grew up in Plovdiv where I mastered my cooking skills mostly because often I had to cook for myself, my parents were always working and I was always hungry 🙂 Then at the age of 25 I moved to the US where I lived for about 15 years before I moved back to Europe. My professional background has little to do with cooking – I’m an Economist and a Computer Scientist by education and I had worked for a large Wall Street bank for many years before I decided to give entrepreneurship a try. I am married and have two lovely girls who absolutely enjoy everything I cook for them.

Tell us more about your knowledge and experience when it comes to Bulgarian cuisine.

For many people, being born and growing up in a country around a specific cuisine is often enough for them to become good cooks and sometimes experts in that cuisine. For me, it was more than that. I was fond of cooking and experimenting at the kitchen from a very young age – as early as 14 years old. Then when I was 25, I moved to the US for college and I’d call my college years the real school of Bulgarian cuisine.

While there, I had to not only talk about my heritage and my culture but often to cook in order to show Bulgarian cuisine to people around me and to show them how good Bulgarian meals taste. Those four years really helped develop that in-depth knowledge and experience when it comes to Bulgarian cuisine. In fact, shortly after, I wrote my first Bulgarian cookbooks in an attempt to bring to people’s tables some of the best and the tastiest dishes from the traditional Bulgarian kitchen. And while my name appears on the cover of those books as their author, I consider the real contributors to be the Bulgarian people with their many years of carefully preserved culinary traditions. 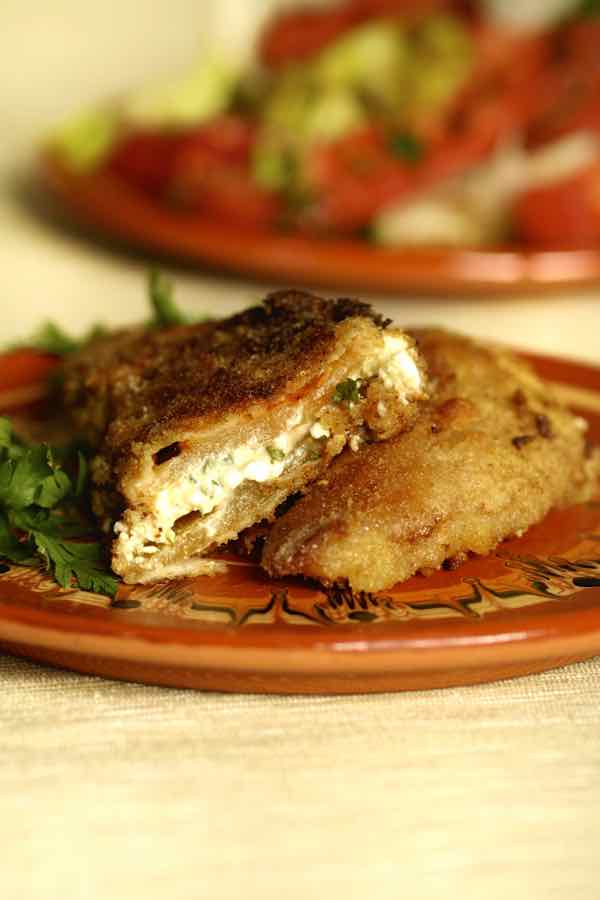 What makes Bulgarian cuisine so unique and why people find it so interesting?

Bulgarian cuisine is one of its kind. Gourmets all over the world have been attracted for ages by the culinary temptations that Bulgaria offers. The traditional Bulgarian cuisine is a mixture of classic Bulgarian meals with dishes from the Slavonic, Greek, Turkish and other European cuisines. However, Bulgarian cuisine has kept its peculiarities and had developed distinctive many features. When preparing meals with meat for example, Bulgarians start with the cooking of the meat and gradually add the rest of the ingredients. This way, they save time and effort as the entire meal is prepared using only one pot or saucepan. The combination of milk or yoghurt with other products is also very typical for the Bulgarian national cuisine. It enriches the technology of food preparation and makes the dishes healthier. Another distinctive feature is the thermal processing of the products – they are simmered slowly on low heat which enables their nutritive qualities to be retained and, again, make the food taste much better.

One thing is important to know – cooking traditions in Bulgaria are centuries old, often much older than those of the surrounding countries’ cuisines. They have been kept alive by passing the unique Bulgarian recipes from grandparents and parents to children and grandchildren. Some of those very same recipes are the ones I have made available on the pages of my books and my Find BG Food website.

What is your favorite Bulgarian recipe or the most unusual dish of the country?

When someone asks about the weirdest dish in Bulgarian cuisine, I always say tripe soup or shkembe chorba. Shkembe chorba is made of calf (cattle) stomach. Indeed, the tripe is the thick lining of the stomach of cattle. Of course, it is well cleaned and well cooked so it is perfectly safe (and delicious) to consume but many people startle when they hear about this soup for the first time. It is in fact quite common across Eastern Europe and the Balkans. A very interesting fact about this soup is that due to the specific combination of water, fats, salt, vinegar and spices used in the preparation, it is known and proven to reduce gastrointestinal discomfort associated with hangovers and is often used as a hangover remedy.

My favorite Bulgarian dish is not actually a dish – it is Bulgarian yogurt or kiselo mlyako. Bulgarian yogurt has often been called the best and the tastiest yogurt in the world, mainly for its health benefits and unique taste and I fully agree with those statements. The uniqueness of the yogurt comes from the presence of a very specific bacteria – Lactobacillus bulgaricus – which you have probably guessed it, named after the country of Bulgaria. It was isolated for the first time in Bulgaria and it appears to proliferate exclusively only in that geographical region – you take it somewhere else and it mutates, changing taste and texture, only after 3-4 batches. So you really need to be in Bulgaria or get actual yogurt starter made in Bulgaria in order to get that real Bulgarian yogurt. Nowadays, it’s easy to get the starter anywhere in the world so I recommend everyone give it a try – you won’t regret it. Just make sure it’s the original stuff from Bulgaria. Bulgarian yogurt is also used to make my favorite cold summer soup – tarator! 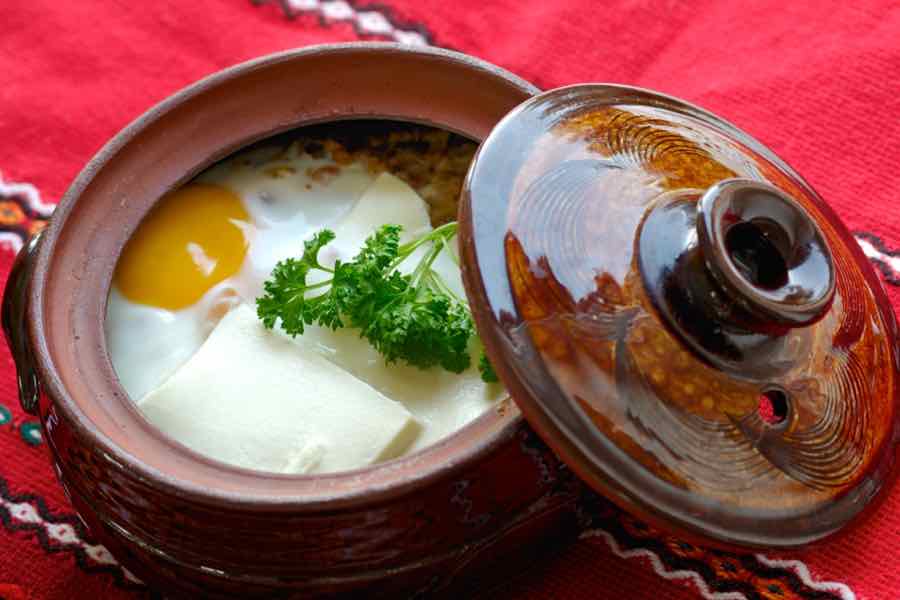 Oh I am a big fan of American cuisine, and Texan to be more specific. Fortunately (or maybe unfortunately), that has had no influence over Bulgarian cuisine 🙂

Which place would you recommend to visit in Bulgaria?

If you happen to go to Bulgaria make sure you visit Plovdiv and Veliko Tarnovo. Both towns have thousands of years of history. In fact, Plovdiv has recently been named the 6th oldest city in the world. Plovdiv has often been nominated for European Cultural capital and it has been selected as the one for 2019. Make sure you visit the old parts of the towns and stop at some of the small local restaurants for dinner and – an absolute must – a rakia.

What are the main difficulties in Bulgarian cuisine?

Keeping up drinking rakia with Bulgarians at the table 🙂

What would you suggest if you had to prepare a complete Bulgarian menu: starter, main course, dessert?

I’d start with bob chorba (bean soup) and a shopska salata (shopska salad) served with a chilled rakia drink. Then, for appetizers I will have some chushka byurek (fried stuffed peppers). For the main dish, I’d serve kebapche, kapama or Monastery gyuvetch. Sirene shopski style is also a big favorite of mine. Then, for dessert I’ll go with some baked apples or some crème caramel or why not both! 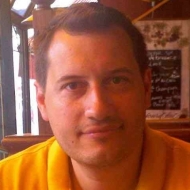