Delphine Fortin is the culinary expert for Swedish cuisine on 196 flavors. 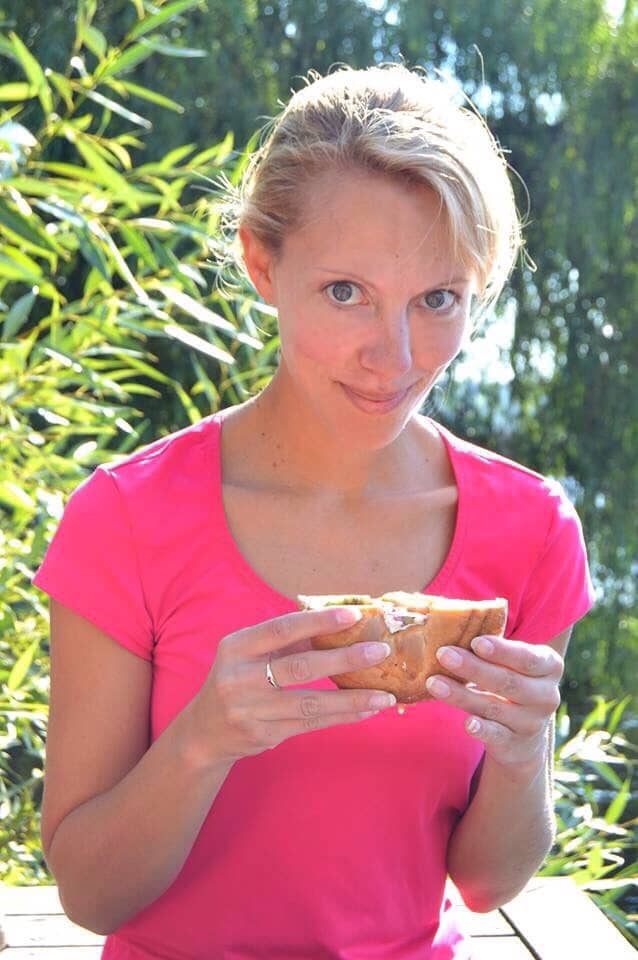 French-born and Swedish by adoption, Del from Del’s cooking twist has lived in Stockholm for several years, where she had the chance to live her love for gastronomy both through her work and in her personal life through her food blog. Recipe writer, stylist and food photographer, as well as culinary marketing expert, Del covers many areas, all of which relate to her passion.

Playing with her multicultural experience in everything culinary, Del likes to add a bit of twist to her kitchen, using these different influences that help shape her own identity. Pastry baking was her first passion and remains her field of expertise, but Del also excels in sweet and savory dishes, and loves to play with the association of spices and exotic flavors with ingredients of more subdued flavor.

Hey Del, can you tell us more about yourself?
My name is Del. I am passionate about cooking and author of the food blog Del’s cooking twist. French-born and Swedish by adoption, I have lived in Stockholm for many years, where I had the chance to fully embrace my love of food both through work and in my personal life. My cuisine is a true recreational workshop and culinary experimentation where I like to spend hours trying out new recipes in both colors, flavors and textures, never losing sight of the idea of being able to feast with my friends for a good time around good food!

Tell us more about your knowledge and experience when it comes to Swedish cuisine.
I discovered Swedish cuisine over time. The Swedish calendar is punctuated with many traditions, always associated with a culinary specialty. Gradually, I learned to identify typical recipes and ingredients that are found in this cuisine, in particular the several spices, or even the different kinds of fish and herrings, as well as all the several types of berries from Swedish wild strawberries to cranberry jam through cloudberries. 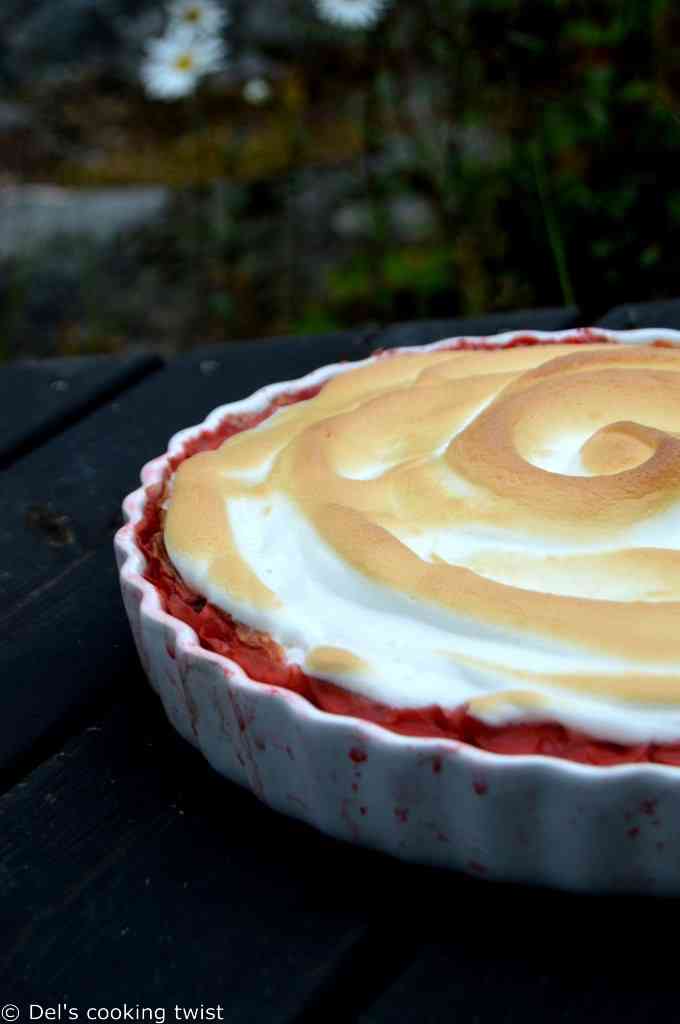 What makes Swedish cuisine unique? What differentiates it from other Scandinavian cuisines?
Swedish cuisine is part of Scandinavian cuisine and the culinary cultures of the three countries that make up Scandinavia (Norway, Sweden and Denmark) are relatively close to each other. No doubt the legacy of a shared history, but also a result of the climate and what nature has to offer in the region. We can say that Scandinavian cuisine is relatively close to nature and the seasons and often remains linked to harvesting and fishing among others. In recent years however, Swedish cuisine has started to diversify and chefs are rediscovering classic recipes to sublimate, playing on the inspiration that brings new cuisine with new flavors. We can now discover a much more refined cuisine and Sweden is becoming more and more recognized on the international stage as a representative of the new Nordic cuisine.

What is your favorite Swedish recipe or the most unusual recipe of the country?
With my love for gastronomy, I enjoy very different foods and flavors, and it would be difficult for me to name one as my favorite. However, I really love gravlax, a specialty based on raw salmon filets marinated in salt, sugar, white pepper and dill and various other spices depending on the recipe. 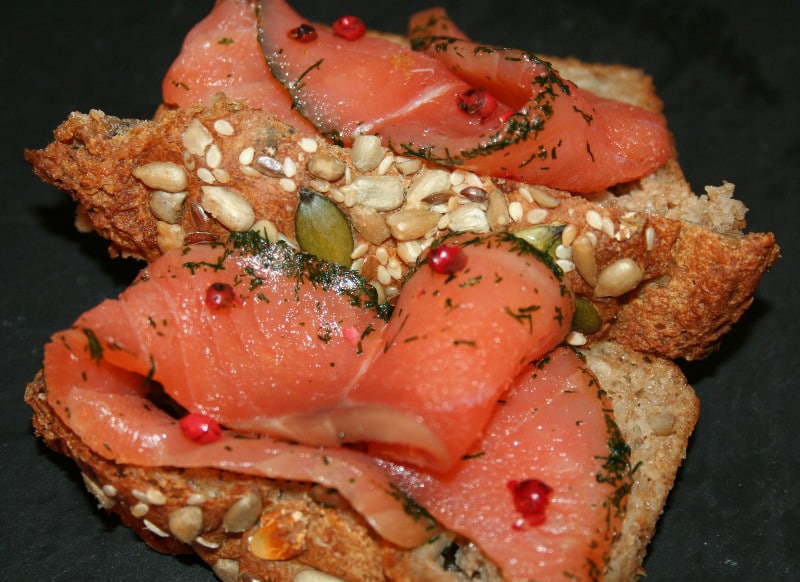 What other cuisines do you like or influence your cuisine?
Being of French origin, I have learned to appreciate food through French cuisine in the first place. I was raised on classic dishes such as: boeuf bourguignon, rabbit with mustard, au gratin potatoes (gratin dauphinois), and countless desserts from simple crepes or madeleines to eclairs, chocolate religieuses or lemon tarts, rum babas, etc.

I have also always been curious and adventurous in the kitchen, and discovering new culinary cultures has always played an important role for me and continues to inspire my cooking everyday. I love discovering spices and ingredients from different corners of the world. I love playing on how to incorporate those spices and ingredients according to the different traditions and culinary habits.

Which place would you recommend to visit in Sweden?
First, I would answer Stockholm, the capital. Stockholm is an absolutely gorgeous city in the middle of an archipelago of more than 30.000 small islands where you can walk and enjoy the seasons and the nature around you. After Stockholm, my favorite place in Sweden is definitely Gotland, a small island located in the southeast of Stockholm in the Baltic Sea and whose Visby, the main town mostly medieval-style, played an important role in the Hanseatic League in the past. It is a quiet oasis in the middle of nowhere, where you can ride a bike and forget the world around us, a real breath of fresh air!

What Swedish chef is a reference for you?
There are several Swedish chefs that I admire, but only one of them I would mention: chef Niklas Ekstedt whose Ekstedt restaurant located in Stockholm received a Michelin star in March 2013. The restaurant is based on a unique concept of wood fire cuisine, based on research about culinary techniques used in Sweden more than two hundred years ago. By creating his own niche in “new Nordic cuisine”, Niklas Ekstedt offers highly creative recipes whose associations honors old cooking techniques with a modern flair, bringing unique flavors in these dishes with slightly smoky notes. A daring concept that reminds me of my grandmother’s wood fire cuisine whose toasted bread had an incomparable flavor, with butter that she made herself! 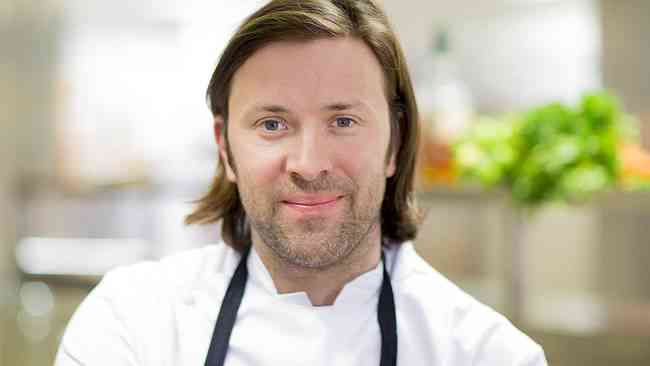 What are the main difficulties in Swedish cuisine?
I would say that everyday Swedish cuisine is not very complicated to achieve, and is based on dishes using relatively simple and nourishing ingredients such as small meatballs called köttbullar, generally served with lingonberry jam and mashed potatoes, or the famous pea soup served on Thursday as a single dish that traditionally follows some Swedish pancakes with red berries and whipped cream. However, the Swedes have preserved a knowledge related to fishing and are used to cooking or marinating fish in different ways that require some expertise. For example, there are numerous variants of pickled herring or salmon recipes like gravlax.

What would you suggest if you had to prepare a complete Swedish menu: starter, main course, dessert?
From the outset, I’d say that the Swedes are not fans of the classic three-course menu, and often settle for the main course, especially at lunchtime where the standard 3-course menu does not exist. Of course, they are sometimes tempted by a full menu, including on special occasions, and if I had to select only one, I would choose that of midsommar, a traditional celebration of midsummer which is probably more important than Christmas for the Swedes.

The tradition of a Midsummer meal usually starts with different herrings – pickled or otherwise – along with Swedish-style bread called Wasa and Skagen shrimp toasts with dill cream; then we pursue with a dish of salmon filets with subtle smoky flavors accompanied by traditional small boiled potatoes; and finally the dessert usually consists of a traditional sponge cake topped with strawberries and cream.

Finally, do not forget the important tradition of fika in Sweden, the famous coffee break that shapes the life of the Swedes accompanied with the ubiquitous small cinnamon buns called kanelbullar which are the true emblem of Sweden cuisine! 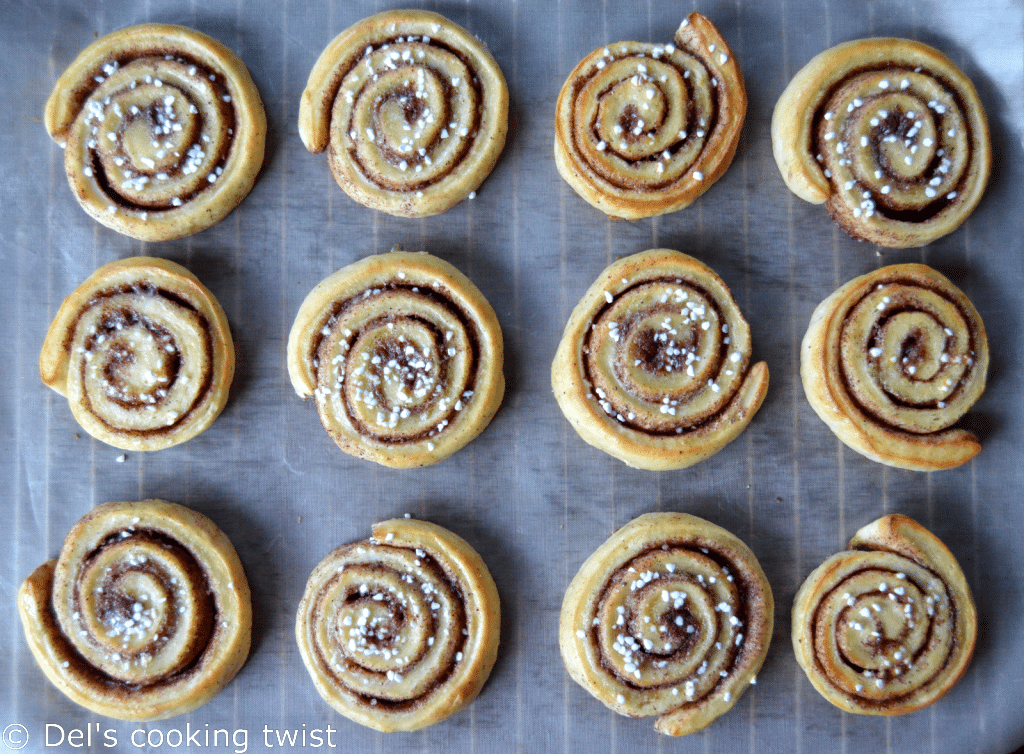 French-born and Swedish by adoption, Del from Del’s cooking twist lived in Stockholm for several years, where she had the chance to live her love for gastronomy both through her work and in her personal life through her food blog. Recipe writer, stylist and food photographer, as well as culinary marketing expert, Del covers many areas, all of which relate to her passion.