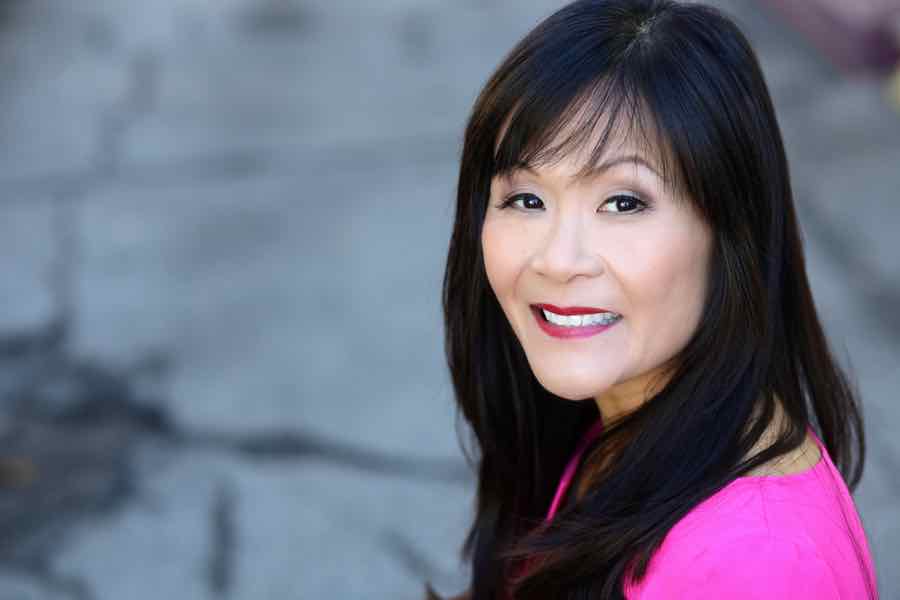 Katie Chin is the new culinary expert in Chinese cuisine for 196 flavors.

Katie Chin is co-author of Everyday Chinese Cooking and author of 300 Best Rice Cooker Recipes, the award-winning Everyday Thai Cooking and Everyday Chinese Cookbook: 101 Delicious Recipes from My Mother’s Kitchen. She was co-host with her late mother, Leeann, of the 2003 national PBS cooking series Double Happiness. She has been featured in many food and lifestyle magazines such as O Magazine, Cooking Light, Bon Appetit, Elle, Real Simple, and Family Circle. Her numerous appearances on national television include The Real, The Today Show, Hallmark Channel, The Daily Buzz, Cooking Channel and as a guest judge on Food Network’s Iron Chef America. Katie was a featured chef at the annual Easter Egg Roll at The White House in 2013. She recently appeared as a chef contestant on Cutthroat Kitchen and Beat Bobby Flay. She is the owner/founder of Wok Star Catering and Fortune Cookie Divas based in Los Angeles.

Tell us about your knowledge and experience when it comes to Chinese cuisine.
Everything I learned about life and Chinese cooking I learned in the kitchen from my late mother Leeann Chin who was a legendary chef and restaurateur. I grew up working under her tutelage as a young child and worked alongside her as an adult in our Asian catering business as well as co-authoring a Chinese cookbook together and co-hosting a national PBS series on Chinese cuisine. On my own, I published 3 subsequent Asian cookbooks and operate my pan-Asian blog, Chef Katie Chin along with running a gourmet Asian catering business called Wok Star Catering in Los Angeles. 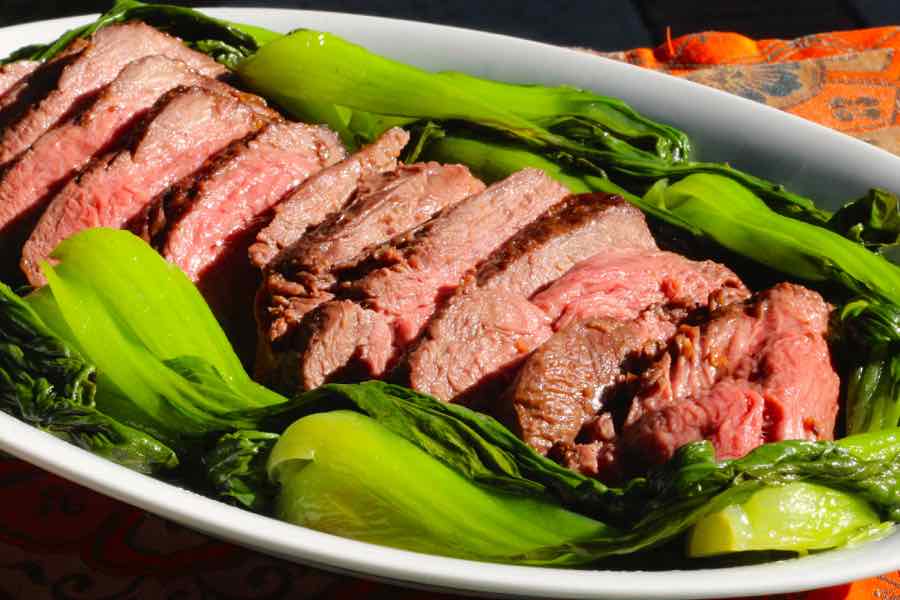 What makes Chinese cuisine unique? What differentiates it from other cuisines?
The history of Chinese cuisine dates back thousands of years. There are 8 “cuisines of China” with each style originating from a diverse region of China. Cooking and eating is so revered in China that people greet each other my saying, “Sik Fan Jor May?” which literally translates as “Have you eaten yet?” The 5 key flavors in Chinese cuisine – sweet, salty, bitter, spicy and sour – must be thoughtfully composed at every meal according to traditional Chinese medicine and achieve harmony and a balance of yin and yang energy. The Chinese also attach meanings to certain foods based on shapes, colors, pronunciations and legends especially on important holidays and festivals like the Lunar New Year when everything you eat on this auspicious day dictates how your entire year will unfold.

What is your favorite Chinese recipe or the most unusual dish of the country?
My favorite Chinese dish is Cantonese Style Chow Mein because it evokes memories of when my mother would make a huge batch for us when we were children on those rare occasions when she had a day off. There’s nothing like biting into the crispy exterior of a fluffy egg noodle pancake that’s coated in a velvety Cantonese gravy with chicken, black mushrooms and vegetables. It’s soul satisfying and delicious!

What other cuisines do you like or influence your cooking?
My blog (www.chefkatiechin.com) is all about pan-Asian flavors so Thai, Korean, Japanese, Vietnamese, Filipino, Malaysian, Indian and Indonesian cuisines all influence my cooking. I also like to experiment with fusing Asian flavors with the cuisines of France, Italy and South America. 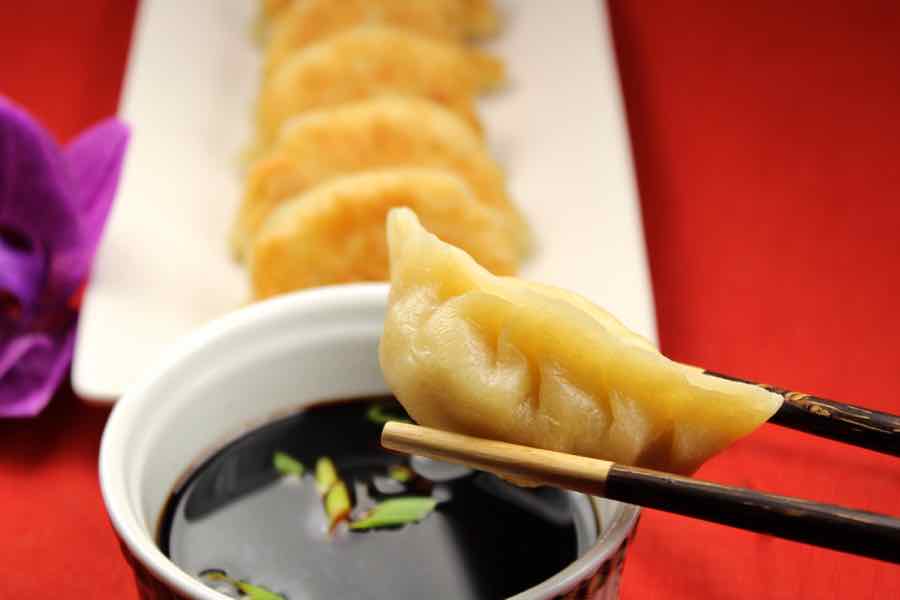 What place would you recommend to visit in China?
I recommend visiting Guangzhou (formerly known as Canton). My family originates from Guangzhou and is considered to be the crown jewel of Chinese cuisine based on its geographical location and melting pot of flavors in which Cantonese chefs strive for the pure flavors of the ingredients to shine through. Renowned worldwide as the food capital of China, it is said the the people of Guangzhou eat anything in the sky except for airplanes and anything with four legs except tables!

Beside your mother or grandmother, is there any chef from China (or beyond) who is a reference for you?
Martin Yan – He was one of the first Chinese chefs to popularize Chinese cuisine for home cooks in America. A talented and incredible human being who also happened to be a dear friend of my late mother.

What are the main difficulties in Chinese cuisine?
Chinese cuisine is all about the prep and the actual cooking time (especially when stir-frying) tends to be very quick. I think inexperienced home cooks can be intimidated by all the prep and the number of steps required for certain Chinese dishes, but if you cook Chinese food often enough you see that the same techniques are used over and over again and it becomes quite simple once you get the hang of it.

What would you suggest if you had to prepare a complete Chinese menu: starter, main course, dessert?
As I mentioned earlier, we always seek to create a harmonious yin-yang balance of flavors and textures when planning a Chinese meal so my go to menu would go beyond three items and would consist of my childhood faves: Chicken Corn Velvet Soup, Peking Duck, Lobster with Ginger & Scallions, Pineapple Fried Rice (served in a pineapple), snow pea leaves sautéed in garlic and fresh lychees and orange slices. 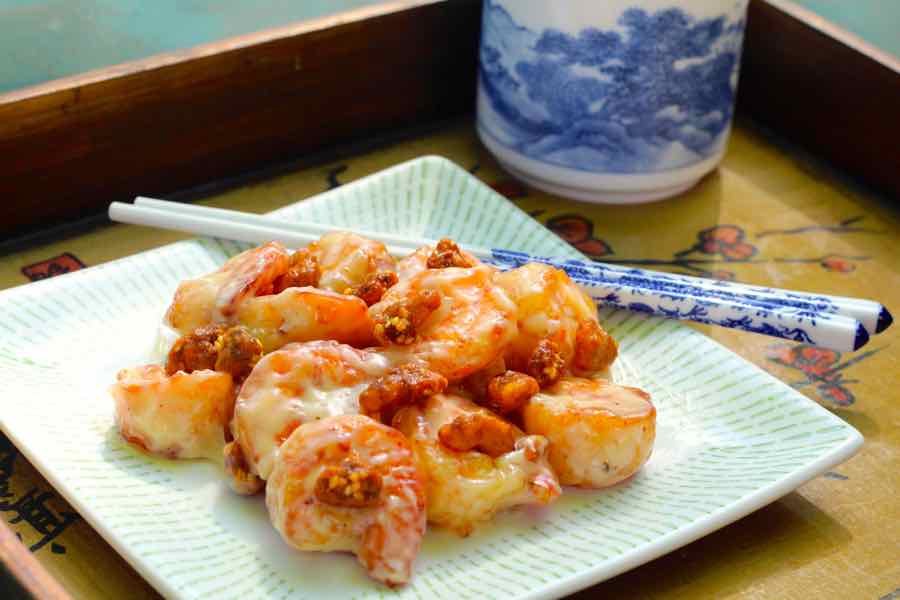 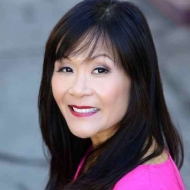 Katie Chin is co-author of Everyday Chinese Cooking and author of 300 Best Rice Cooker Recipes, the award-winning Everyday Thai Cooking and Everyday Chinese Cookbook: 101 Delicious Recipes from My Mother’s Kitchen. She was co-host with her late mother, Leeann, of the 2003 national PBS cooking series Double Happiness. She is the owner/founder of Wok Star Catering and Fortune Cooking Divas based in Los Angeles.