Buñelos uhang in Chamorro or more commonly known as shrimp patties are an Island favorite in Guam.

Chamorro shrimp patties (buñelos uhang) may be an offshoot of the American fritter. The American fritter consists of a deep-fried batter and can be sweet or savory: if it is served as a dessert, fruits are added to the batter; if it is savory, pork or fish may be the main ingredient.

Shrimp patties are more formally called Chamorro shrimp patties. The Chamorros are the indigenous people to the Mariana Islands which is split between the United States territory of Guam and the Commonwealth of the Northern Mariana Islands in Micronesia.

Many of their foods are inspired by island life and take advantage of available, local seafood and produce, but after World War II, there was also an influx of canned and processed foods from the United States which the islanders embraced for their flavor and convenience.

Along those lines, some variations of Chamorro shrimp patties also include chopped pieces of the canned meat product, SPAM, but our recipe today includes coarsely chopped shrimp, corn and peas that are mixed into an egg-based fritter batter. The fried shrimp patties come out soft and tender – and they are served with a peppery vinegar sauce with a fantastic kick that perfectly balances the fritters.

The history of the Chamorro people

The original inhabitants of Guam and the Northern Mariana Islands were the Chamorro people, who are believed to be descendants of Austronesian people originating from Southeast Asia as early as 2000 BC. This recipe is a traditional island favorite. It’s usually served at large fiestas, but can be made anytime.

The introduction of American food to the Chamorro diet took place in the early 20th century during the US Naval administration of the island. As the naval population settled on the island, non-perishable foods such as canned meat, fish, and milk were imported to provide familiar foods for the newcomers.

Today, shrimp patties are common on the fiesta table, with each chef adding their preferred, and sometimes closely guarded ingredients. Some chefs use ready-made pancake batter and even beer can be added into the mix.

Variations of the Chamorro shrimp patties

Recipes for variants of the Chamorro shrimp patty can be found in several editions of The Guam Recorder to include corn fritters (1926), a basic fritter batter (1927) that was combined with fruits to make a dessert as well as fish fritter recipe (1926). The substitution of shrimp for fish and the addition of mixed vegetables could have easily taken place in a Chamorro kitchen. Therefore, the introduced American fritters evolved into the Chamorro shrimp patties.

A fritter is a fried food usually consisting of a portion of batter or breading which has been filled with bits of meat, seafood, fruit, vegetables or other ingredients. Fritters are prepared in both sweet and savory varieties.

These are often eaten accompanied by fresh bird’s eye chili. The variety known as bakwan commonly contains flour with chopped vegetables such as carrot and cabbage, whereas the fried patties called perkedel typically consist of mashed potatoes or ground corn (perkedel jagung or bakwan jagung).

In Jamaica, the ever popular ackee and saltfish fritter is prepared using salted cod is sautéed with boiled ackee, onions, scotch bonnet peppers, tomatoes, and spices, such as black pepper and pimiento. It can be garnished with bacon and tomatoes, and is usually served as breakfast or dinner alongside breadfruit, hard dough bread, dumplings, fried plantain, or boiled green bananas.

In the United States, fritters are doughnuts made with a primary ingredient that is mixed with an egg and milk batter and either pan-fried or deep-fried; wheat flour, cornmeal, or a mix of the two may be used to bind the batter.

Corn fritters are often made with whole canned corn and are generally deep-fried. Apple fritters are well known, although the contemporary American apple fritter is unlike the British one. Older versions of the apple fritter in the United States were prepared in the style of British ones, by slicing apples, dipping them in batter and frying them. Another regional favorite is the zucchini fritter that is more popular in the summer months as zucchinis are in abundance.

One nifty little tip that was suggested to me while making these delectable shrimp patties are using frozen vegetables that includes, green beans, corn and peas. However you decide to make these, it’s surprisingly easy to make and amazingly tasty with basic seasonings. Although generally served as an appetizer, you will find that it is filling enough be also be served as a main dish.

Use an ice cream scooper to easily make the shrimp patties, which will just be a little more rounded. 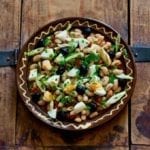