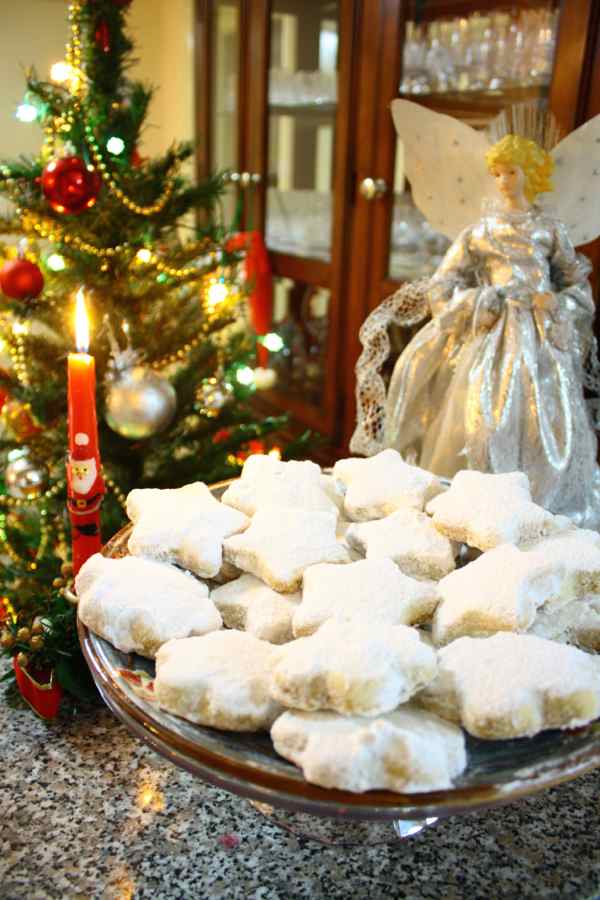 Their main ingredients are butter, icing sugar and flour but you will also find recipes with eggs in them. They are usually flavored with vanilla or masticha (mastic resin).

A well known brand of Greek brandy is also included which adds more flavor but twists to the traditional recipes call for rum, ouzo, masticha liqueur or other alcoholic beverages. In Cyprus, the cookie is wet with rose water and then coated with icing sugar.

If you can’t find any of the above butters, you can substitute it with regular butter. Although they will still be delicious, the taste will not be the same.

In Cyprus, people used to make them with Spry shortening but this is not available in Greece. People fill them with dates and almonds or dates with walnuts and these were called phoinikota, from the word phoinikia (φοινίκια) meaning dates.

While kourabiedes are now popular holiday delicacies, mostly during Christmas, in the older times these were a treat for many Greek occasions, mostly weddings, engagements, christenings, name days, birthdays, etc. 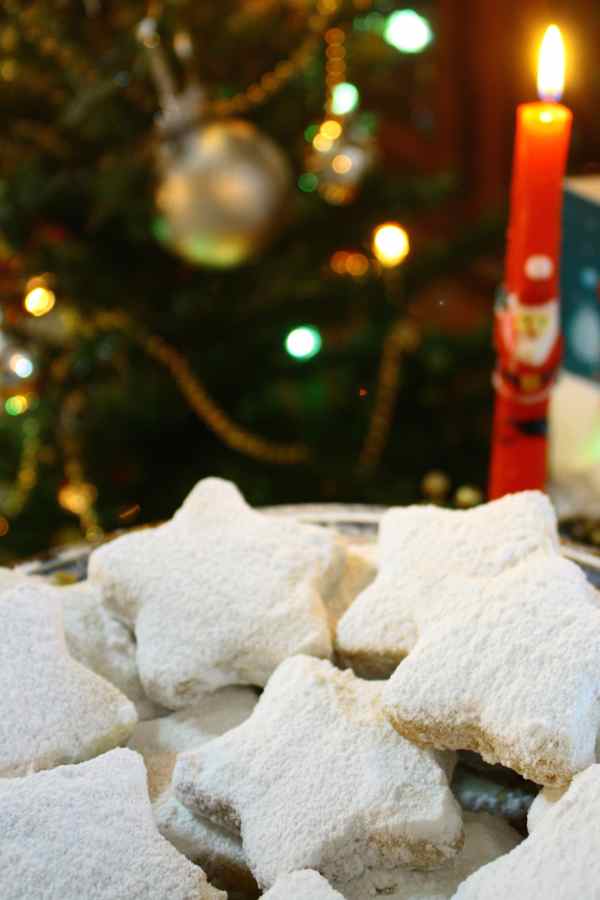 What is the origin of the word kourabiedes?

The word kourabies (plural kourabiedes) originates from qurabiya in Azerbaijani, qurabiyə in Arabic, kurabiye in Turkish and of course you will find this “cookie” under a similar name in many other countries as well. The word literally means dry (kuru) biscuit (biye).

However, the word biscuit was given around the Middle Ages, etymologically deriving from the Latin bis-cuit, which means baked twice. This technique was known in ancient Greece and was called δί-πυρον (di-pyron) which also means baked twice. This technique was developed by the ancient Greeks mainly to preserve bread for the soldiers and seafarers.

In modern Italian, the word for cookies is biscotto (cookies is of Flemish / Dutch origin that passed to the English language). The Latin word bis-cuit, was spread by Venetian merchants to Asia, where it was established as a corruption of the Latin word to biya (or biye), which they connected with their own qura / quru (which means dry) and gave a new compound word mixing Latin with oriental to form the word qurabiya / kurabiye. This word was later borrowed and it thus returned to the West.

The Hellenized word “kourabies” was formed in the sense of dry biscuit, which was mixed with almonds and coated with icing sugar. Almonds were used because of their abundance in Greece and Cyprus but depending on the regions where they are made, if there is abundance of walnuts, they are used instead of almonds.

The production of pistachios in Greece started in the early nineteenth century and now they are also used.

When these cookies became a Christmas treat, they were given a crescent shape and a whole clove was inserted on the top to represent the gift of spices that the Three Wise Men brought to Bethlehem.

The sprinkling of icing sugar is probably due to the fact that Christmas is during winter when there is snow. Similar cookies are the Mexican wedding cakes or Spanish polvorón and the Italian wedding cookies.

You can shape them by hand by making small round balls of 3/4 to 1 oz each which can be flattened or give them a crescent shape or even use a cookie cutter. The time of baking will depend on their size and your oven. 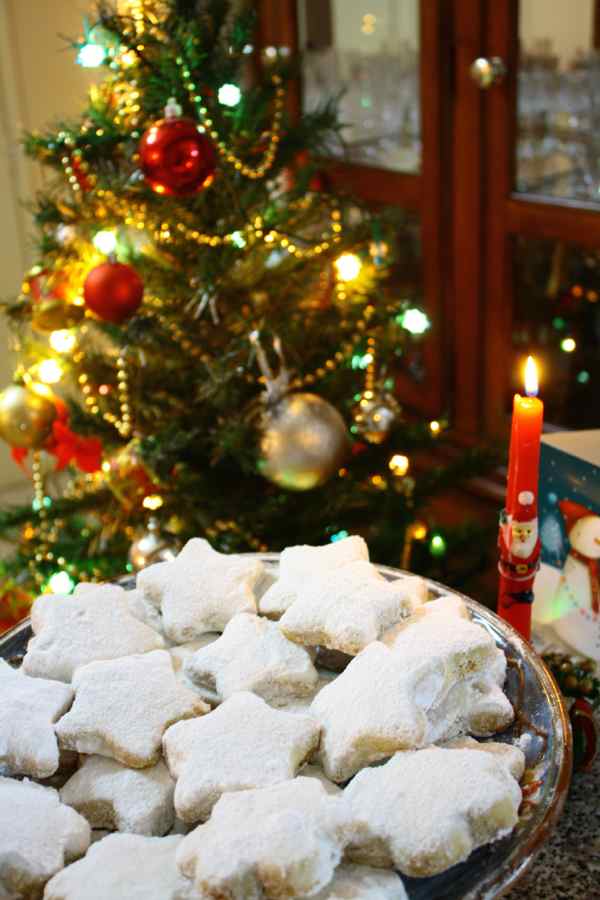 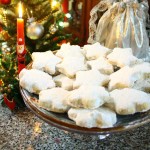 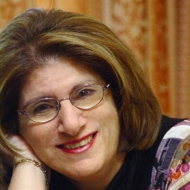 Ivy was born in Limassol, Cyprus. Ivy’s creativeness and passion for cooking are depicted in her blog, Kopiaste, “to Greek Hospitality”. She is also the author of two cookbooks "Mint, Cinnamon & Blossom Water, Flavours of Cyprus, Kopiaste" and "More Than A Greek Salad".