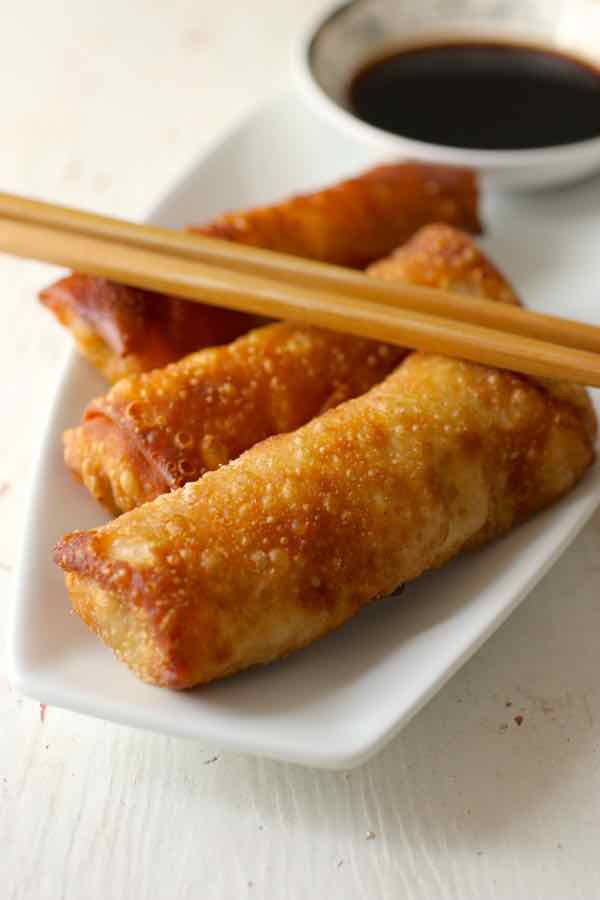 Today, we are celebrating Chinese cuisine with a very classic appetizer: spring rolls.

What are spring rolls?

Spring rolls are a literal translation of chūn juǎn (春卷) in Chinese. Although they are known all over the world as filling wrapped in some kind of dough, there are a number of spring roll recipes available throughout Southeast Asia and beyond.

Every culture has some kind of food where meat or seafood and vegetables are wrapped in a type of dough. Why? Simply because it is a convenient food for farmers, soldiers, hunters or fishermen to carry. Whether it is burrito, empanada, pastel, coca, or coxinha de galinha.

Spring rolls probably originated in China a few centuries ago. Initially, spring rolls were seasonal snacks consisting of pancakes that were filled with spring vegetables. They were really appreciated after winter months were preserved vegetables prevailed. Indeed, their name comes from the Chinese tradition of serving them right after the Chinese New Year, which is also the first month of the lunar year’s spring. Chinese dishes, beside always featuring a harmonious combination of the five flavors, often offer deep symbolic meaning. Spring rolls are not an exception, as their golden cylindrical shape represents gold bars, which symbolize wealth. Prosperity for the new year!

What are the different types of spring rolls?

Spring rolls available in Taiwan, Singapore, Malaysia and Thailand include a version called popiah. In Taiwan, popiah are often topped with ground peanut before being wrapped.

In Vietnam, the most popular version is a non-fried version called goi cuon or Vietnamese spring rolls, that are available in a vegetarian version, but that are also popular with cooked pork, shrimp or chicken. Goi cuon, also called summer rolls, fresh spring rolls (or vegetable spring rolls when they do not contain meat) in the United States, are wrapped in moistened rice paper (bánh tráng), and use herbs like cilantro and basil which give them a very unique aroma. They are most often served at room temperature and dipped in nuoc mam (fish sauce) or hoisin sauce.

Although not as popular, you can find spring rolls in South Korea and Japan where they are called chungwon (춘권) and harumaki (春巻き) respectively.

The other spring roll recipe that is quite popular in Southeast Asia is lumpia, that you can find in Indonesia and the Philippines. It consists of a filling of cabbages, carrots, bamboo shoots, green beans and leeks, and sometimes chicken, shrimp, pork or beef, which is wrapped in a thin crepe dough. It is larger than a typical spring roll, and is therefore often served pre-cut. It can be fried or non-fried. 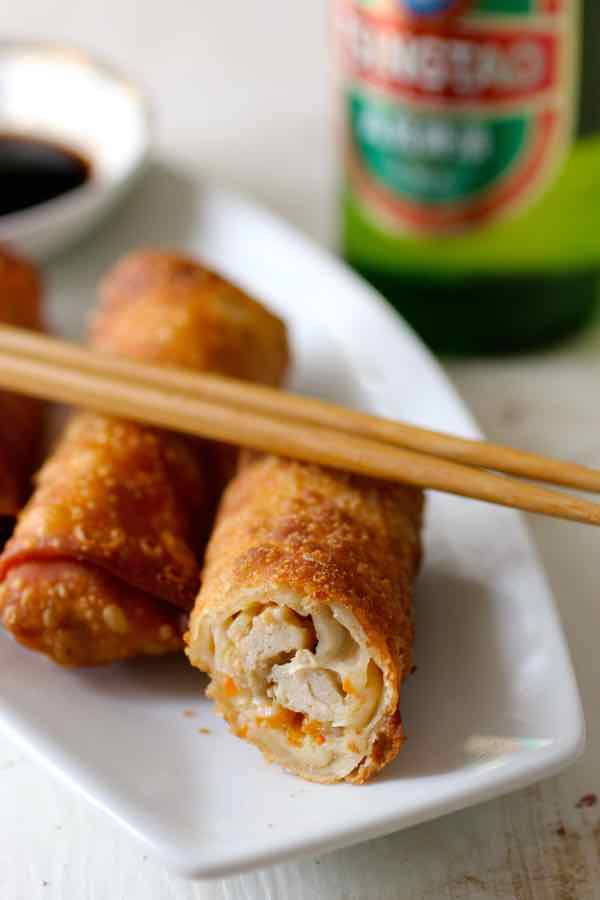 What is the origin of spring rolls?

But when exactly were these delicacy created? Before the Tang Dynasty (618–907), Chinese people used to make a type of thin flour-based pancake on first day of the Chinese new year. People would place these pancakes in a dish and top them with vegetables and fruits. This dish, called the ‘spring dish’ (春盘), was offered to family and friends as a spring present and were considered a blessing.

During the Tang Dynasty, this dish was generally decorated with carrots and celery by the poor families, and included more ingredients in richer families. It started to be called the “five-spice dish” as five spicy ingredients like scallion and garlic started to be added to the fillings.

During the Song Dynasty, the same dish was served in the imperial palace in even more elaborated versions.

The Ming and Qing dynasties (1367–1911) saw the evolution of spring cakes, then rolled “spring dishes”, with similar ingredients. During this time, there was a custom of ‘biting spring’, which consisted of welcoming spring by eating spring cakes. This tradition was believed to repel disaster and evil.

This is probably the most controversial question in modern Chinese cuisine. And everyone has a slightly different answer for it, because spring rolls themselves feature many different versions.

Egg rolls get their name from the fact that their dough initially contained eggs. Nowadays, most egg roll wrappers do not include eggs though. Talk about confusion! This is probably why egg rolls and spring rolls have been used interchangeably to designate the same appetizer in the United States for decades now.

But we were so far talking about egg rolls as we know them in the United States. In China, egg rolls refer to the sweeter version. They are similar to a wafer that is wrapped into a cylinder.

I made these spring rolls right after the Christian new year. Not really spring yet, but the Los Angeles weather was still not too bad to be considered spring in many other countries. Follow the detailed step-by-step instructions in the recipe and you too will master how to make spring rolls! 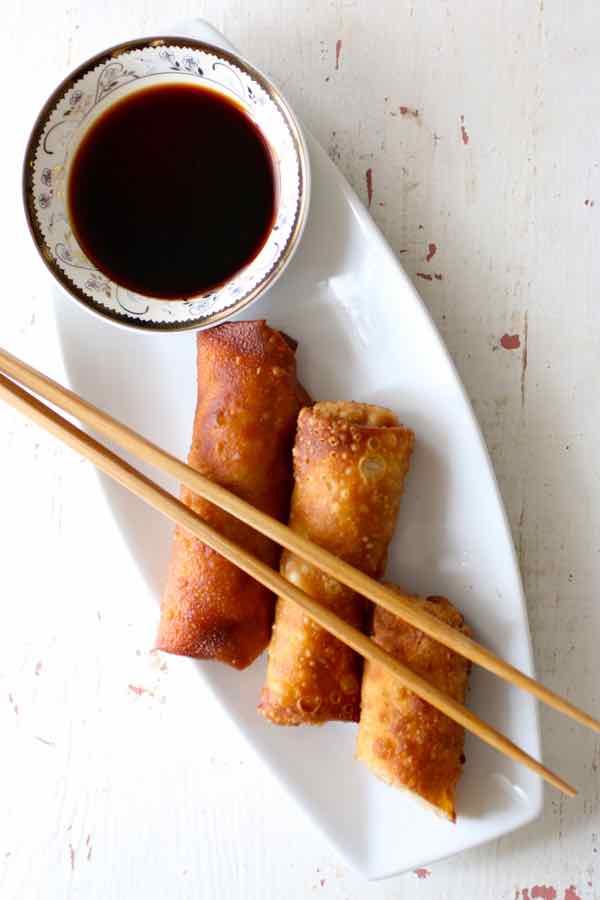 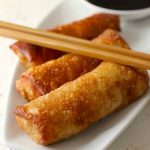