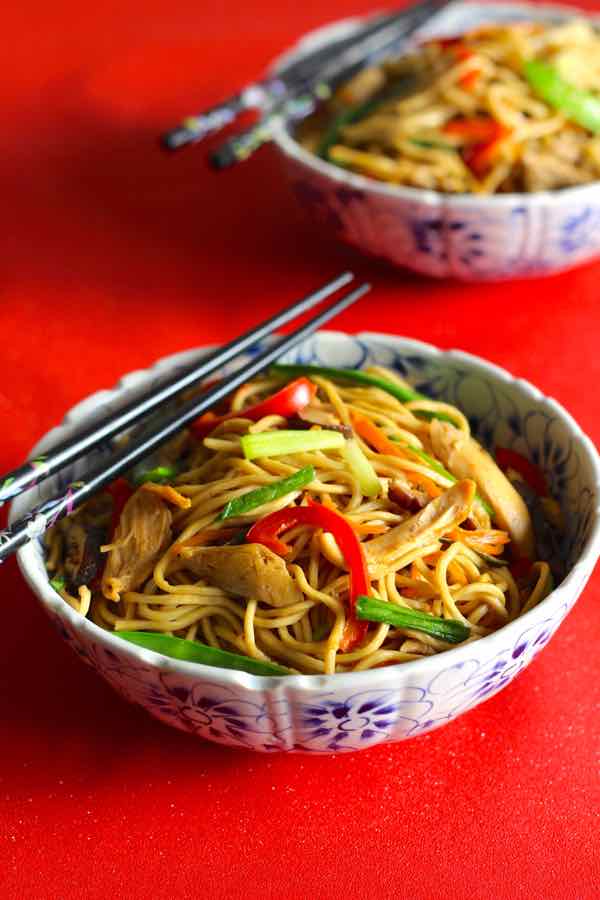 Our Chinese month is almost coming to an end but a new lunar year already started over the weekend. The celebrations of the Year of the Rooster will continue over the next two weeks, featuring a number of symbolic dishes such as long life noodles, also known as chang shou mian.

What are long life noodles?

In China, noodles are a staple for Chinese New Year but also for birthdays and other celebrations. They symbolize long life for whomever is eating them, as long as the noodles are not cut short of course!

Yi mein (伊面）are often the noodles of choice due to their unique texture and taste. They are known for their golden yellow color and chewy characteristics. Indeed, these noodles are prepared with wheat and eggs, but their dough also includes sodium bicarbonate or soda water instead of water. Yi mein are also deep-fried before they are dried, which gives them this particular slightly spongy texture. Wheat is used for these noodles, as rice would make them too delicate and break easily. Not really ideal for noodles if you are really aiming for a long life!

Although noodles were invented more than 4000 years ago in the northwestern part of China, the concept of longevity noodles only started to become popular during the Tang Dynasty (from 618 to 907), especially for births and birthdays, which is why they are now also called birthday noodles.

“Holding up noodles with chopsticks while citing verses to wish the newborn of a bright future” – Liu Yuxi, Tang Dynasty poet

A story also tells that during a time of hardship with scarce resources during the Tang Dynasty, the wife of Emperor Xuanzong, Empress Wang, was able to exchange her purple shawl for a bowl of longevity noodles to give to her husband for his birthday. There are also stories of her physically milling the flour to make noodle soup for her husband’s birthday, in such an exerting manner that Wang’s arms were purple with bruises.

Longevity is one of the most revered concepts in Chinese culture, along with happiness, fortune, and prosperity. Longevity was believed to be the ultimate blessing. In ancient times, emperors and kings even had pills of immortality prepared for them.

While it is believed that noodles became the metaphor for longevity mostly because of their length, there are other explanations that could explain the association of noodles and long life.

According to a legend, longevity noodles originated during the Han Dynasty. One day, Emperor Wudi joked to his ministers that the length of the groove between the nose and upper lip had to do with this person’s longevity.

Minister Dongfang Zhuo then replied that the ren zhong of Pengzu, a legendary man from the Shang Dynasty who lived for over 800 years, must have been extremely long. Since that story, people started to believe that a long face was therefore indicative of longevity.

What are the three abundances?

Longevity is one of the popular “Three Abundances” revered by the Chinese, along with the abundances of fortune, and descendants.

Those “Three Abundances” that are often depicted in New Year paintings often show children with holding a fruit in their arms: a citron melon, a peach and a guava. Those three fruits represent Chinese people’s pursuit of an ideal life.

Citron melon is “foshou” in Chinese. And “fo” is almost homophonous with “fu” (happiness).

The peach often symbolizes long life. A legend tells the story of the Queen Mother of the West who owned a type of flat peach that could make people ageless.

And guava is a fruit with many seeds, which symbolizes fertility. 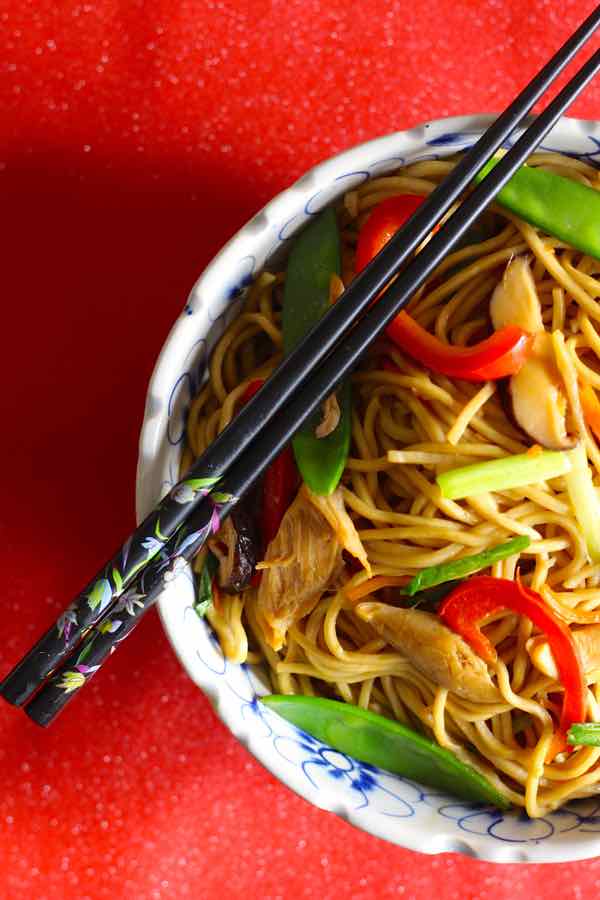 There are several customs associated with eating long life noodles. One of them asks that guests pick their noodles from their own bowl and place them into the bowl of the person celebrating his birthday as they wish them fortune, happiness, and longevity.

Another custom is to hold the noodles up with your chopsticks and contemplate how long they are with your guests.

Also, never fill noodles to the brim of a bowl, as it would mean that you are indicating a full lifespan.

But the one thing that is an absolute no-no is to cut a strand of noodle as you would be at risk of cutting your lifespan short!

There are a multitude of long life noodles recipes. Most often, they are prepared with pork, chicken, or just Chinese chive and shiitake mushrooms.

I chose to prepare a longevity noodle recipe based on our culinary expert Katie Chin’s recipe for the Chinese feast that we enjoyed with family and friends while I was in Paris. For this lavish dinner, Vera and I had also prepared jiaozi, spring rolls, kung pao chicken, steamed fish, cong you bing, and we finished with a refreshing lychee, pineapple and coconut fruit salad.

I hope I made you hungry! Happy Year of the Rooster to all our Chinese friends.

And don’t forget to eat your noodles for a long life full of culinary discoveries! 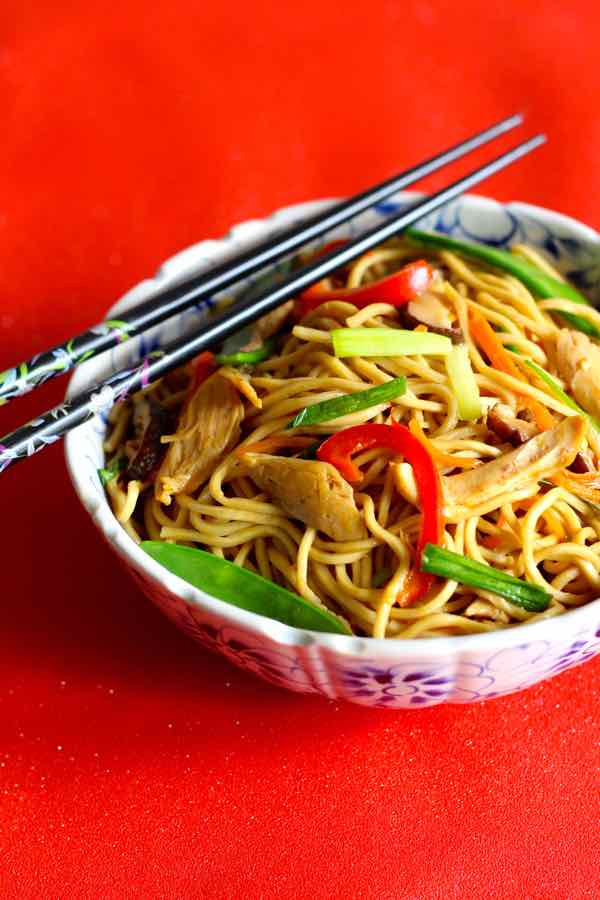 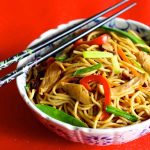 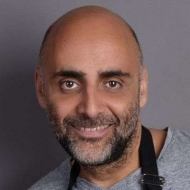