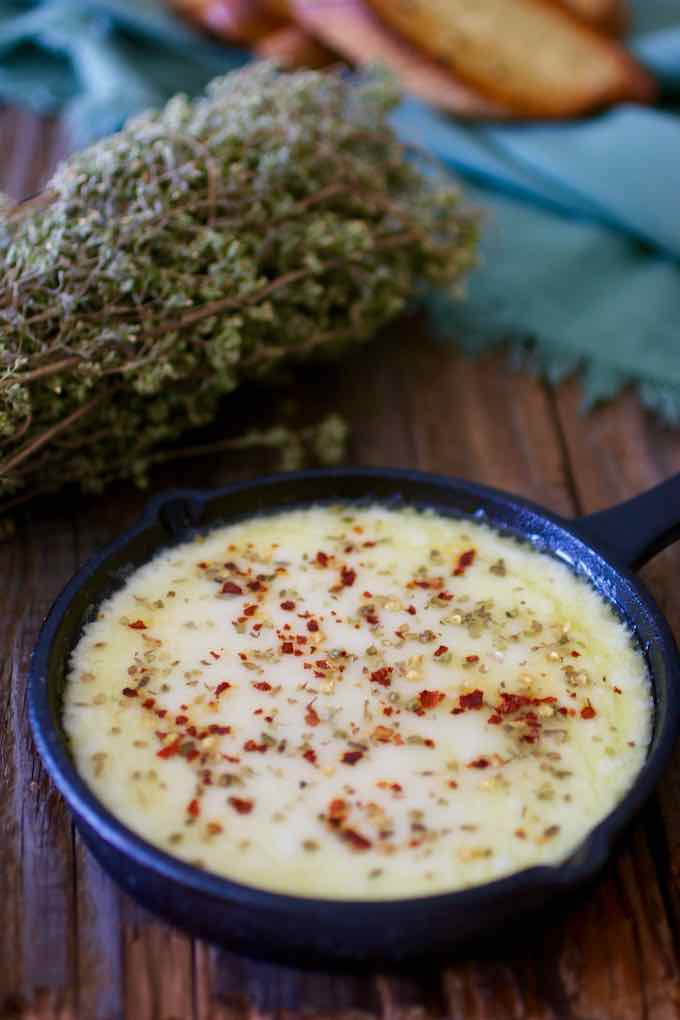 Provoleta, one of the staples of classic Argentinian asados (BBQs), is an appetizer made with grilled cheese, a name that sounds very Italian and which in fact derives from the name of the famous Italian provolone cheese.

Tradition has it that provoleta is cooked directly on the parilla (grill) and it is also said to be an art. Indeed, this cheese adapts perfectly to cooking on embers thanks to its low fat content and its higher fiber content. However, it can also be cooked in a pan or even in the oven.

Whatever the chosen cooking method, one thing is sure, the cheese must melt and it must be served immediately.

Small discs of provoleta, about 4 to 6 inches (10 to 15 cm) in diameter and ½ to ¾ inch (1 to 2 cm) thick, are often eaten at the start of an asado in Argentina, before grilling the meat. The cheese, often garnished with chili flakes and oregano, is placed directly on the grill.

Provoleta can be accompanied by chimichurri sauce, a mixture of oil, condiments and spices, and is often eaten with toast.

Apart from parilla, provoleta or provolone can be used in cooking in grated form, in pasta or in gratin dishes. It is also excellent in fritters that can be enjoyed as a starter. It is also possible to prepare grilled cheese sandwiches, croque-monsieur or mixed salads of all kinds when it is cut into cubes.

It can also be used to garnish pizzas, bruschettas or hot sandwiches like panini in Italy.

It can also be enjoyed in the form of thin sticks, with a little olive oil, fleur de sel, pepper and dry or fresh herbs. 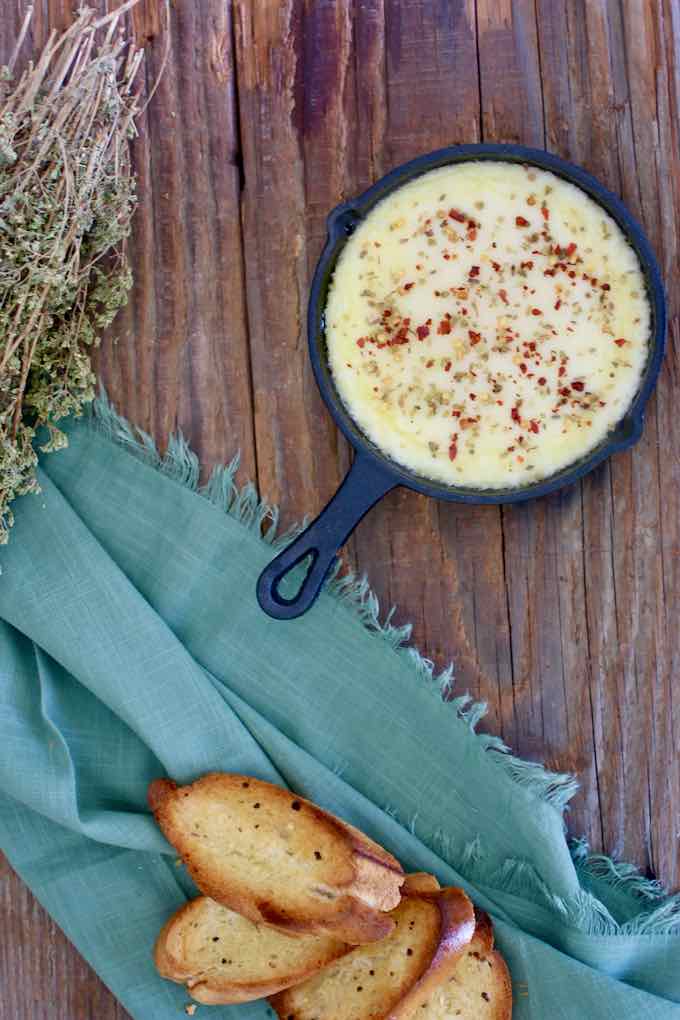 What is the origin of provolone?

Provoleta is a trademark of a cheese with the specific name of El Queso Provolone Hilado Argentino.

The queso provolone hilado argentino, as its name suggests, is a purely Argentinian cheese, and the need to unify Argentinian-Italian eating habits led to the idea of ​​introducing a typically Italian product such as provolone in the traditional Argentinian barbecue.

It obtained its Protected Designation of Origin (PDO) in 1996, certifying that the production of provolone is strictly supervised, using specific methods to guarantee its quality. The striking uniformity of the provolone and its absence of holes are the result of careful work during manufacture.

One of its great features is the diversity of its shapes and sizes. You can find provolone in the form of a sausage, a pear, or even a ball.

There are very large ones, the provollissimi, which can weigh 80 lb (40 kg) and more. During exhibitions, some cheeses molded into sausage shapes from 100 to 150 lb (200 to 300 kg) called provoloncini or gigantone, have been presented.

The wide variety of shapes and sizes in which it is made is characteristic of string cheeses, which are scalded to increase their plasticity, before they are molded by hand. This is why provolone is known by many different names, taking the names of other products that have a similar shape: the cylindrical variants thus bear the name of salami or pancettoni, while the spherical variants are called meloni. Other names refer to the size of the cheese.

It comes in two kinds of flavors: