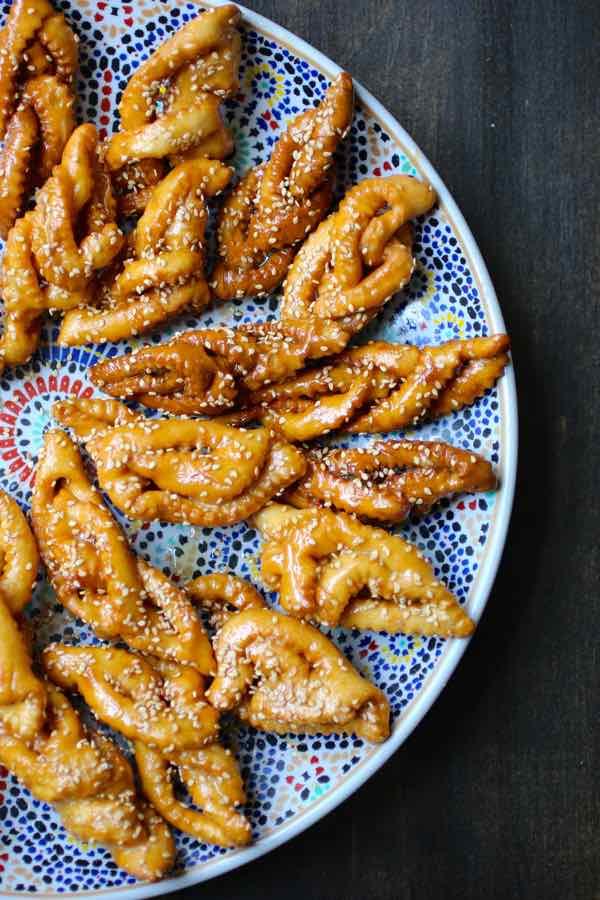 Griwech is another example of a recipe that is not just popular in Algeria but also in Morocco. It is often prepared during the month of fasting of Ramadan.

These North African pastries are called grioueche, griwesh, griwech or griwchat (كريوش) in Algeria and East Morocco (Oujda). They are especially popular in the west of Algeria in Tlemcen and Oran.

In Agadir, in the southwest of Morocco, you will find another version called bouchnikha (بوشنيخة), chebakiya khyout or 5yout (الشباكية خيوط). These bouchnikha that are prepared with fewer ingredients and shaped with a pasta maker or pasta roller are a bit harder than the traditional chebakia which are fairly soft in texture. The name bouchnikha comes from a traditional toothpick used in Morocco.

As many North African pastries such as makroud or zlabia, griwech is a pastry that needs to be deep fried before being covered with honey. 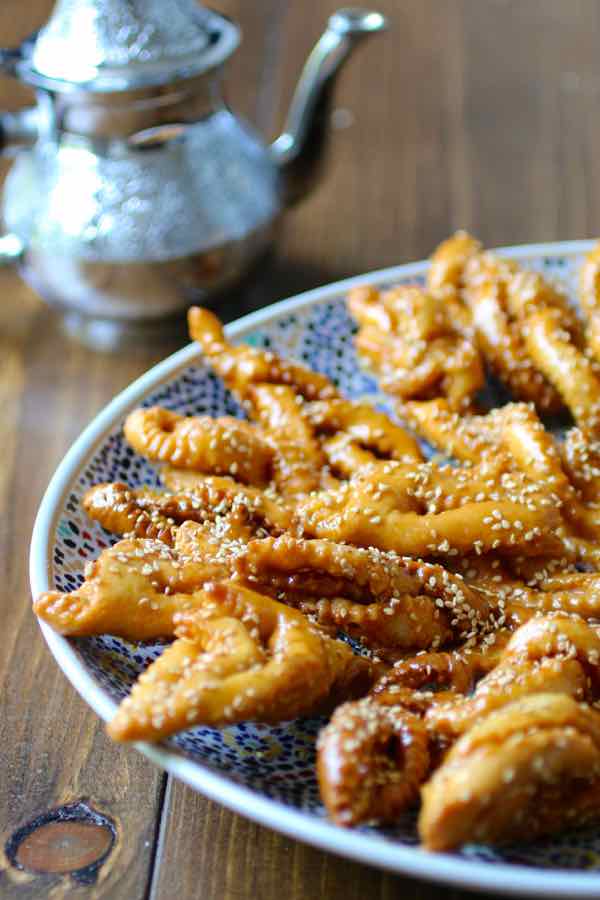 To make griouech, a special utensil which can take many forms, is often used. Either a cookie cutter to cut dough squares, a fluted pastry wheel, or a special pastry wheel with 5 to 6 wheels.

The basic form of griouech is a square with inner slits (generally 4 to 6). Starting with these squares, you can shape several types of grioueche or chebakia for quite different visual results. The most traditional form for grioueche more or less resembles an elongated braid.

Traditional chebakia, meanwhile, is more like a flower and particularly a rose. Actually, the rose symbolizes “respect and love” during Ramadan.

Other shapes can be created. There is event another version of this pastry called chabakiya blighat or bligha (الشباكية بليغات) whose shape is the traditional babouche slipper.

Another variant of chebakia is called halwa mja3ba (الحلوة المجعبة). This popular version is curiously only prepared by men. The dough is generally set aside for more than 20 hours, which allows it to triple in volume. The dough is then pushed through a thin funnel before being fried. The result is rather similar to jilapi (zlabia).

Although there will surely be exceptions in some families or regions, it appears that the chebakia includes some ingredients that are not often found in traditional griouech recipes, including spices such as cinnamon, aniseed or saffron, or baker’s yeast instead of baking powder, mastic gum, as well as ground sesame seeds which are incorporated into the dough.

Saffron is used for taste but also to give some color to these pastries. Carrot peels can also be added into the cooking oil. 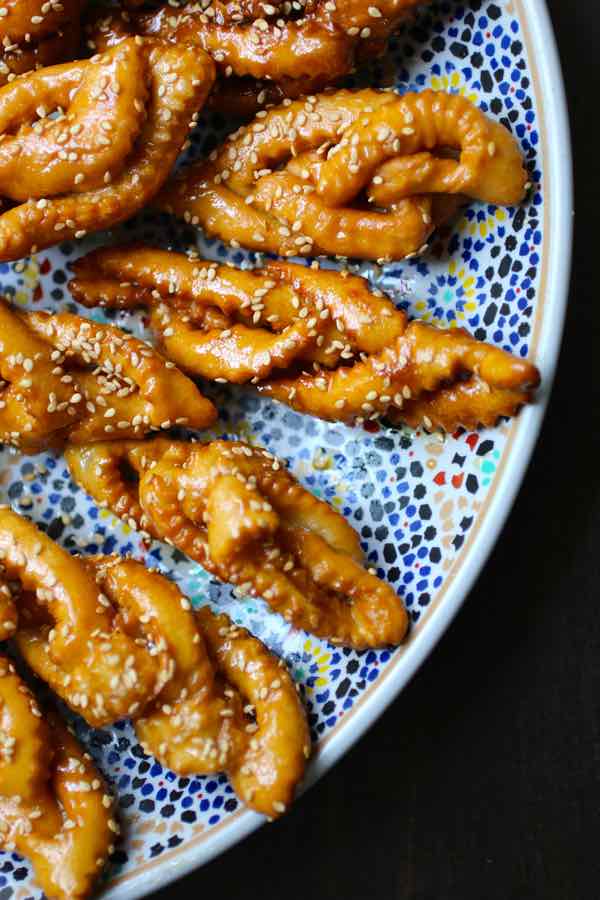 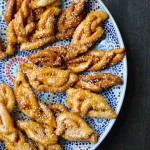