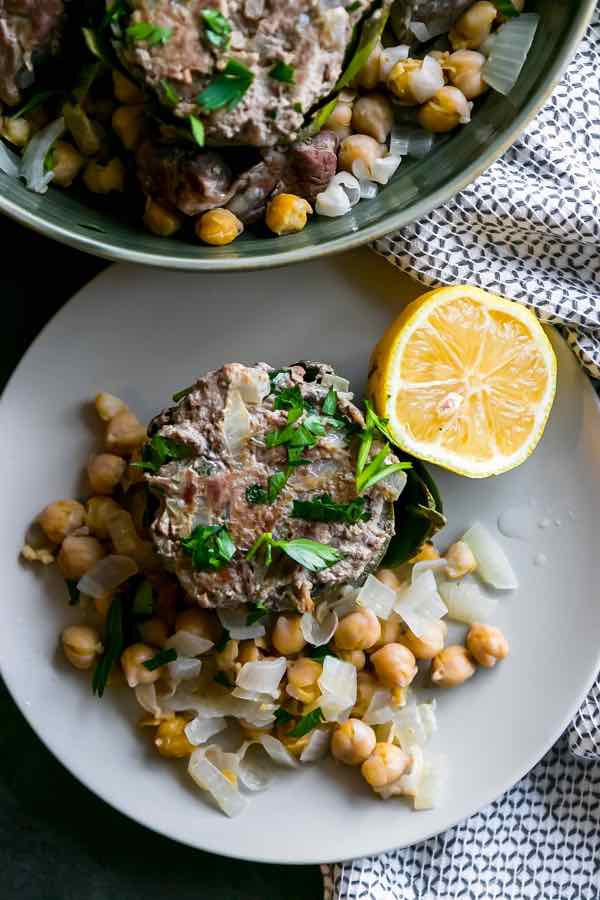 Dolma qarnoun is a stuffed artichoke recipe from Algeria made with ground lamb, onion, and chickpeas and seasoned with salt, pepper, cinnamon and parsley. The recipe is a simple combination of ground lamb stuffed artichoke bottoms served over a lamb and chickpea stew. Dolma qarnoun is a long-simmered stew typical of North African countries like Morocco, Tunisia, and Algeria.

Algerian cuisine is an eclectic Mediterranean mixture of North Africa, Europe and the Middle East. It varies regionally, but generally consists of breads, couscous, stews made of lamb, beef, or poultry, fresh vegetables, fresh herbs and olive oil.

Algerian dishes almost always consist of meat and because of its location at the north of Africa and on the Mediterranean Sea, Algeria features a balance of dishes with seafood and land animals. Due to the country’s largely Islamic population, however, pork is not a common dish due to being forbidden by religious laws.

Traditional Algerian meals almost always include bread named kesra or khobz el dar, which means “bread from home”. Algerian homemade bread is crafted from semolina and durum wheat and is flat and made for dipping in meat and vegetable stews.

Bread is more than just an accompaniment to meals, it also has a symbolic meaning. In Algeria, having plentiful bread is also a symbol of posterity, life, and fertility and often hosts are judged by the quality of their homemade bread. Traditional French bread is also becoming more common in Algeria, a reminder of French colonization from 1830 to 1962.

Common vegetables used in cuisine from Algeria include pulses like chickpeas, lentils, and broad beans, root vegetables like potatoes and carrots, as well as cabbage, eggplant, and garlic. Olives are eaten whole and also made into olive oil – a very prominent player in almost every typical dish from Algeria.

Sweets are also an important part of Algerian cuisine, with seasonal fresh and dried fruits and small pastries taking center stage after a meal. Dates, oranges, plums, and peaches are commonly grown and served and sweets are often pastries made with dried fruits or nuts like almonds.

In addition to French bread from colonization, Algeria’s many invaders and explorers have brought foods and spices to the country that have been adopted into its cuisine. Spanish invasion in the 1500s brought olive oil and many commonly eaten fruits and Ottoman tribes brought sweets and other delicacies.

European traders brought tea and goods from the New World, including chili peppers, tomatoes, potatoes, and zucchini. Algeria is also known for its very distinct spices, of which were introduced in the 600s A.D. by the Muslim Arab invasion. Most notably are the bold flavors of saffron, ginger, cloves, cinnamon, and nutmeg 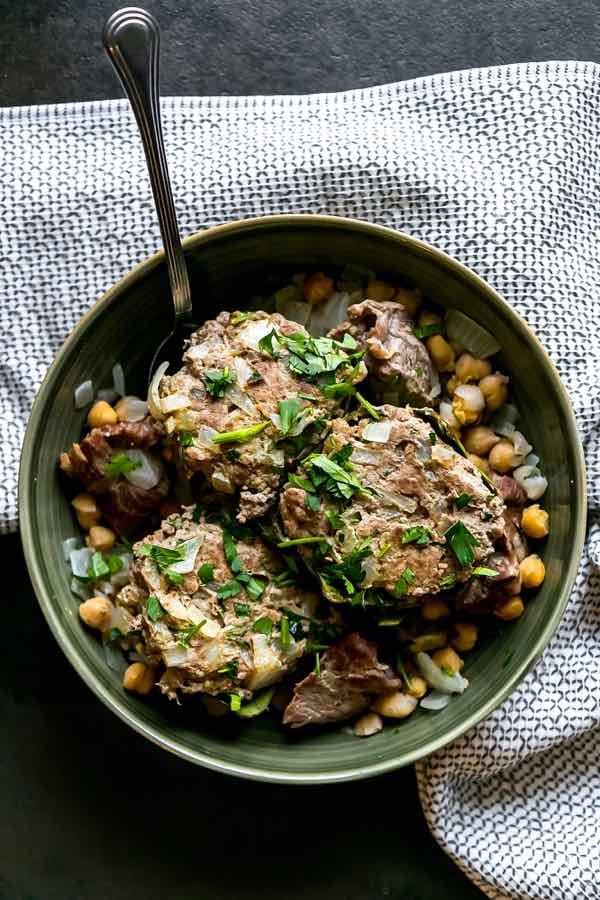 Dolma qarnoun translates to “stuffed artichokes” and is made with ground lamb, onion, and spices served over a lamb and chickpea stew. The dish is a simple mixture of ground lamb and vegetables stuffed into fresh artichoke bottoms, which are seared and then stewed until soft and cooked through.

The lamb-stuffed artichoke bottoms are then served over a lamb and chickpea stew made from onions and spices like cinnamon and parsley. The dish is Algerian comfort food at its finest.

Whether you’re serving up a full feast of Algerian food for your next party or making a new meal for a dinner night for two, Algerian Dolma Qarnoun is a simple and easy dish that packs a flavor punch. Let us know if you make the recipe, we’d love to hear how it turns out for you! 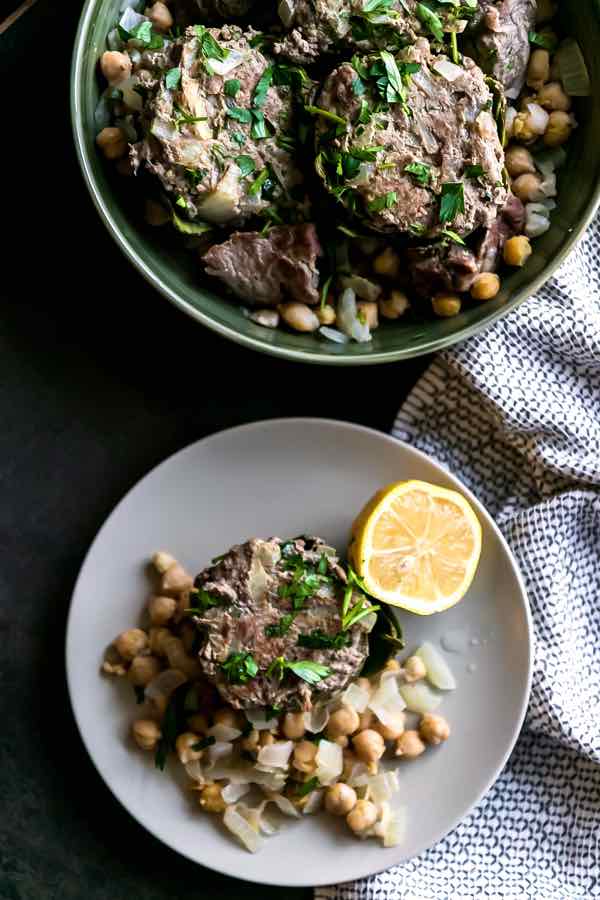 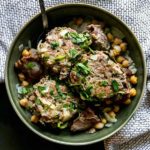 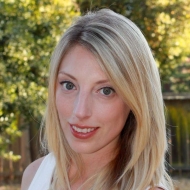